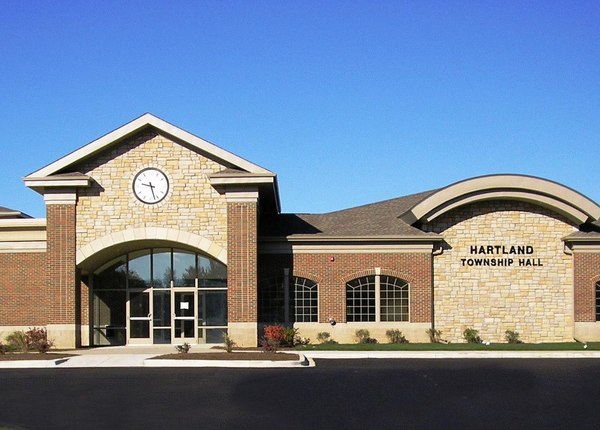 
A phased-in safety plan has been finalized for re-opening the Hartland Township Hall.

A Hartland Township Internal Safety Committee collaborated thoughts and processes related to the re-opening, which will be launched through multiple phases in compliance with various executive orders issued by Governor Gretchen Whitmer. The plan is designed to maximize employee safety while sustaining appropriate levels of public service to the community.

Supervisor Bill Fountain says staff has been working from home and much business has been done remotely. He holds morning meetings virtually with department heads and staff and says everything has actually worked out about as good as could be expected. Fountain says in-person board meetings and planning commission meetings have resumed at the township hall with proper social distancing after doing things remotely for the past two months.

Fountain tells WHMI the re-opening plan has four phases and they are currently in the first phase with staff starting to come into the building. He says phase two is pretty much staff coming back full time, phase three is when the township will start doing appointments again and phase four will be normal operations. Fountain says they’ll be putting in a glass barrier at the township hall between people coming in and staff, which is supposed to be done by the end of the month. He says they elected to install something more permanent versus temporary as that seemed like the right thing to do. Fountain noted it took a little more time to get that going due to the demand of finding someone who could actually come in and do it. Fountain anticipates the different phases will go pretty quickly and the goal is to be back to normal by mid-July. He says part of the reason is that it’s an election season so more people will be coming in for absentee ballots and then it will become tax collection season.

Fountain noted they have re-opened recreational opportunities so township parks, bathroom facilities and playscapes are available but they suggest people practice social distancing and recommend wiping down equipment for safety. He added the bike trail at Settlers Park is getting a lot of traction and rave reviews. Fountain says a local bicycle community out of Ann Arbor that does work in parks earlier put in over eleven miles of trails in the area that range from beginner to some that are very challenging – which is kind of the new wave. Fountain commended the group as they promote and maintain the trial but also the township for having an opportunity to let people get out and exercise.

A copy of the re-opening plan is attached.