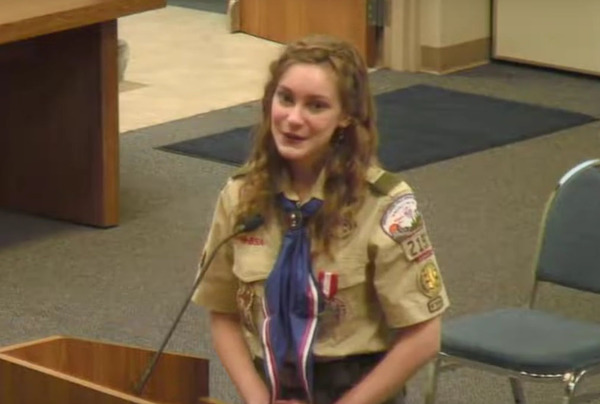 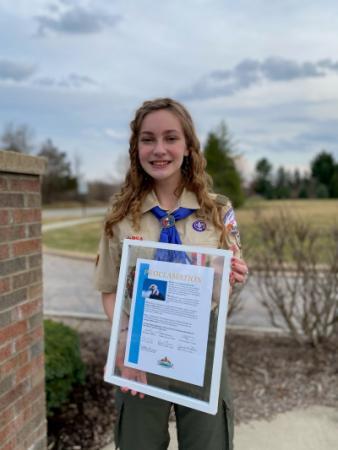 
A Hartland Township teen was recently honored for her achievement of being the first female from the community to earn Eagle Rank.

15-year-old Jessica Witkowski was among the inaugural class of female Scouts to earn the designation of Eagle Scout after the Boy Scouts of America opened up their ranks to females in 2019, becoming Scouts BSA. In that short amount of time, Witkowski was able to work her way through all the ranks while serving the community.

Her Life Rank project involved building and installing bluebird houses at Settlers Park. Then, when the pandemic struck last spring, she changed her original Eagle Scout plans, putting together a group of classmates via Zoom meetings to make and distribute over 600 fabric masks to local elderly populations at Village Manor Retirement, Hartland Senior Center, and West Hickory Haven in Milford.

At last week’s meeting of the Hartland Township Board of Trustees, Witkowski was honored with a resolution of the board for her community service, which she said very much a group effort. Witkowski thanked the community for all the support they have offered on her journey through the ranks of Scout.

Witkowski is believed to be the first girl from Livingston County to achieve Eagle Rank and one of three in her all-female New-Hudson-based Scouts BSA troop.