State Of The Twp. Address: Hartland Situated For Success 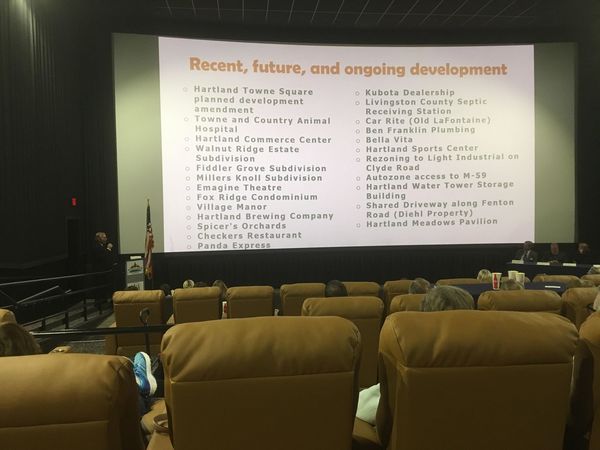 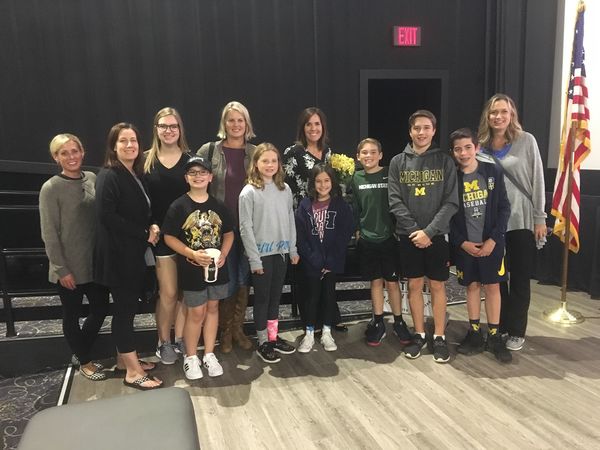 Hartland Township officials say “the future is bright” for the community, as they reflect upon the last year and look forward to what’s yet to come.

The 5th annual State of the Township address, which was held at the Emagine movie theater Monday, provided insight into the moving parts and plans for the municipality. Township Supervisor Bill Fountain gave the address, saying that officials feel Hartland is in a “good spot right now for success”. Fountain noted significant recent, future, and ongoing developments, naming the incoming Mayberry Homes Newberry Place development as one example. Fountain says several residential developments have and will continue to contribute to the area's walkability.

Fountain discussed the township’s approach in determining how that growth will affect issues like zoning, land use, and planning. The township earlier this year brought in nationally-renowned analyst Bob Gibbs, who performed a retail study to gage where the township currently stands commercially, and how things could look in the future. Fountain says Gibbs spent about six months in the community gathering information about what residents are satisfied with and how things can improve. Fountain says something major that officials took away from Gibbs’ analysis was that of the communities he’s studied, he feels Hartland Township is in the top 5% overall based on numerous components like landscaping, the road system, and architectural standards.

Fountain says various elements contribute to what has made the township successful, including community connections built by Partners in Progress, fiscal responsibility, and the school district. Fountain reported Hartland Community Schools is in the top 3% of Michigan’s safest districts, the top 5% of the state’s best districts overall, and has a teaching staff that ranks in the top sixth percentile.

Fountain also says a passion for volunteerism in the community has made the township one in which its residents care and look out for their neighbor. To recognize that aspect, Hartland’s Volunteer of the Year was announced at the address. This year’s chosen volunteer is Karen Quinn, who received four nominations. Quinn founded a group called Hartland Volunteers, which allows families to volunteer together by pairing them with local opportunities.

Quinn has also been a part of the Hartland SOUP project since its inception and, as a teacher, volunteers often within the district. Speaking to WHMI, Quinn humbly says the award is for everyone who has made the organization what it is adding, "I don't feel like I deserve it. Our whole team deserves it...I think it should be our whole organization being nominated, not me, and the work I do at my high school is for the kids and I love the kids and all the other teachers there do just as much work as I do so the whole district should be nominated."

As for continuing the momentum in efforts to better the township Fountain says, “Our board feels the more we can work together as a whole, the better off we’re all going to be.” (DK)