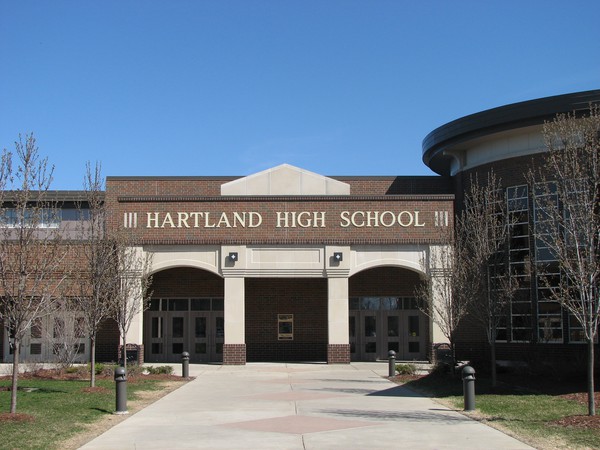 A local school district has seen a drop in chronic absenteeism, having spent the last couple of years focused on ways to boost attendance.

Two years ago, 22% of the student body at Hartland High School qualified as being “chronically absent”. The national average is about 11%. Chronic absenteeism is defined as missing 15 or more days of the school year, and is tallied taking into account excused and unexcused absences, as well as suspensions. It differs from truancy, which typically refers to unexcused absences only. Hartland Superintendent Chuck Hughes says district officials and staff have been working hard to rectify the issue in recent years.

At a Board of Education meeting Monday, Hughes was happy to report their efforts have been successful as they’ve seen a decrease in chronic absenteeism at every school in the district. He says thus far the high school has had the most significant reduction, dropping from 22% in 2016 to just 6% this year. Hughes says they’ve been able to achieve that by ensuring parents are notified when their student hits the chronic mark, following up with the parents, and even paying at-home visits to convey the importance of students being present. Hughes says sometimes parents don’t realize just how many days their student has missed until they’re contacted by the school.

He thanked district parents for taking initiative in the solution by making sure their kids got to school, then thanked staff for "engaging students and changing the way we deliver instruction to make sure students have ownership to their learning".

Attendance Works, an initiative aimed at promoting awareness regarding the importance of attendance, says chronic absenteeism has a ripple effect that goes beyond the absent student in question. A 2017 report from Attendance Works states that “all students may suffer from it because the resulting classroom churn hampers teachers’ ability to engage all students and meet their learning needs”. (DK)