Spike In COVID-19 Cases Among Young Adults In Hartland 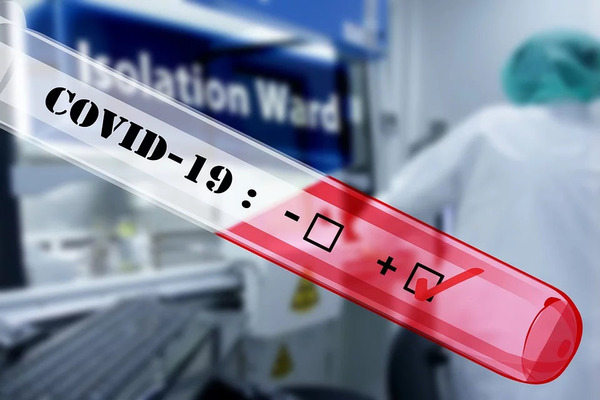 
Starting today, all Hartland High School students have been moved to remote learning only.

He says they have seen a little bit of an uptick in the positivity rate in the past few weeks but that is coming down and is believed to be related to the spike in cases in young adults. Marquez said there have been a couple dozen cases in the 16 to 19 year old age group, which doesn’t sound huge but it can quickly multiply when considering their contacts in families and others outside of households. Marquez said they haven’t seen any spikes or concerning trends in any other local areas, noting they review data on a daily basis and have weekly meetings with all superintendents to closely review data. Howell Public Schools Spokesman Tom Gould told WHMI after consulting with the Livingston County Health Department, they feel that the data within their district supports maintaining in-person learning at this time. He says they’ll continue to work in partnership with the Health Department to monitor data and will continue to follow their guidance.

Countywide, Marquez says overall cases have been concentrated with younger adults over the last few weeks but they are seeing less in older adults and that’s good. He told WHMI they use a data-driven approach and look at community transmission rates across the county, which are going down, and then specifically within each area or major city that houses the majority of the students as well as the trend in cases. He noted if transmission is going down but there continues to be clusters in a particular age group, that still puts everybody at risk and one way to reduce that is keep young people apart in the school setting. Marquez said they want to avoid exposure in group settings and hopefully in a couple of weeks things should improve and if there are no additional clusters, then they’ll feel more comfortable proceeding with in-person instruction.

Marquez says the positivity rate shows the overall trend in cases and how many people are testing positive. He says they use that to get an idea of trends about how many people are sick in the county and look at their capacity for testing. Marquez said there are various measures specific to Michigan and across the nation and typically the goal is less than 3%. After spikes in the spring, he says Livingston County has been around 1% to 3% but crept up to about 4.6% the last couple of weeks and is now coming back down to around 3%. Marquez commented that overall, the county is actually doing quite well - especially compared to other states.

Marquez, who also serves as the medical director for Washtenaw County, said they’re seeing the same patterns in cases in young adults tied to hangouts or house parties and it is a challenge. He says they’re asking parents and students to practice good health habits and avoid large gatherings much as possible because events and things outside of the schools and sports do have downstream effect. Marquez said if people want to continue to have things like in-person school and athletic leagues, it’s important for them to try and avoid risk outside of those settings. He says that includes wearing a mask, staying six feet apart and avoiding large gatherings. Marquez also asked that if anyone receives a phone call from the local Health Department related to contact tracing that they pick up and have an honest conversation.

Meanwhile, the letter from Hartland Superintendent Chuck Hughes is attached. He told WHMI “The spike is centered on the 14-18 year old population in Hartland while the number of community cases is still below the data point for reopening schools. Unfortunately, while the health department did a wonderful job of isolating events where transmission may have occurred, we are concerned that the spike remains high and want to keep transmission from occurring in school with this population. A 14 day pause in our in person instruction should help this as the incubation period of the virus is 2-14 days. I feel confident that this is the right action knowing that we will work to get back to in person instruction as soon as possible”.