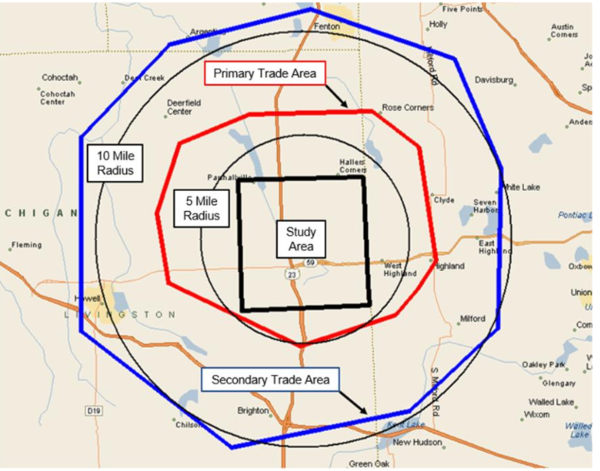 Hartland Township has been conducting an analysis of the municipality’s retail market; however some community members feel the results of the study thus far would not be beneficial or even plausible.

The township’s Planning Commission has been discussing the retail market report with a goal to more deeply analyze the study, find answers to any further questions that come up, and eventually make a recommendation for how to proceed to the Board of Trustees. An update on the report was given Thursday at a Planning Commission meeting and focused on the township’s Future Land Use Map, as well as four general areas that are undeveloped and have a commercial zoning designation. Another issue discussed was what kind of retail the area could support, but resident Misty Sirch spoke to officials during the meeting’s Call to the Public, pushing back against portions of the analysis and survey results.

Sirch says, "The report cites that young families shop online weekly at Amazon and Target and that they would like a Menard's. We tried Menard's. That didn't work...Empty-nesters would like a Cheesecake Factory (restaurant. That's not going to happen here. There's not enough volume...Restaurant owners confirm this and state that residents drive a long way to work and that there's no daytime population here."

She also feels one of the biggest “stumbling blocks” for development in the township is not so much related to issues like Planned Unit Developments and zoning requirements, but rather the actual process of bringing a business to the municipality and suggests, "What can be done is making Hartland more business-friendly. Not making retailers and businesses jump through countless hoops, attend many meetings and go through vigorous approval processes to get their business opened. I also believe that the voluminous ordinance needs to be evaluated to find ways to protect the integrity of the community while promoting growth for retailers and businesses likewise."

The analysis can be viewed at the link below. (DK)