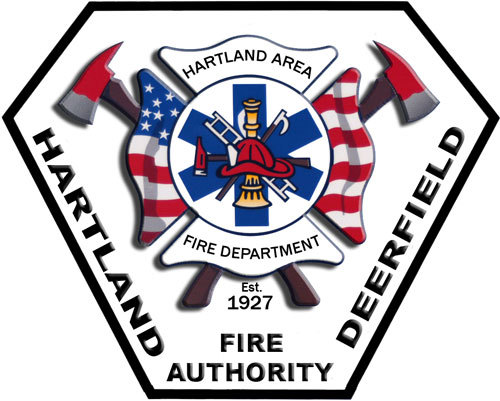 Options for turning around a fire department budget that can’t sustain itself are being weighed by Hartland officials.

Hartland Township Manager James Wickman led off a discussion with the Board of Trustees, Tuesday night, by telling them “what’s happening here is not good.” A study group recently looked at projections and made some conclusions around the Hartland Deerfield Fire Authority’s budget projections going out to the next 10 years. Like many communities in the area, Hartland is still feeling the effects of the 2008 recession. With property values being slower to recover than the rate expenses are going up, officials believe now is the time to start looking at options for reversing that trend.

The department has around $1-million in its general fund, but with new development in the township, a new fire station is believed to be an impending necessity by 2022. The station is projected to cost $880,000. If nothing changes, this will wipe the fund balance out. With operational costs running at a deficit, things will only get worse.

Hartland Fire Chief Adam Carroll sat in on the discussions. He shared that neighboring Highland Township is considering a new station, only .3 mile from Hartland Township’s eastern border, which is where the new station is needed. Carroll said it is worth exploring working out an agreement to share the station if it is indeed built that close to border.

Carroll and the board also discussed the logistics and feasibility of joining forces with the Brighton Area Fire Department, as the two share similar staffing and training. Carroll called these both “major league” projects that would take at least a couple of years to accomplish.

A higher millage rate once the current one expires was also discussed. Currently, residents pay 1.8009 mills for fire service. Wickman showed an example of a 2.25 millage that would keep the department in the black and rebuild the fund in 6 years. The board also discussed a Headlee Override which would put it at 2.05, and restore the fund in 12 years. Wickman said there is still plenty of time to explore these options, with 4 years remaining on the current millage. He asked the board for further comment, while he and Carroll begin to put out feelers to the neighboring departments.(MK)