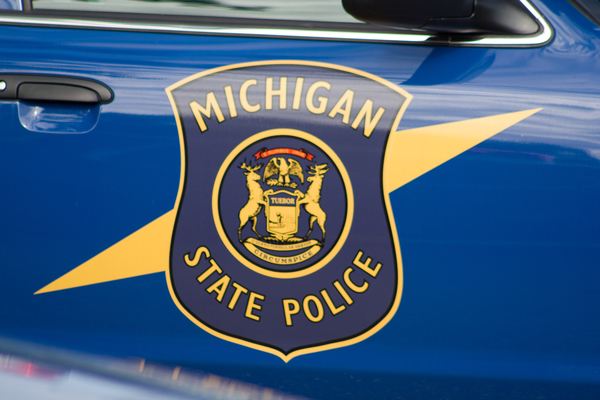 
Michigan State Police are investigating after a 26-year-old Livingston County man was killed in an explosion that occurred during a baby shower.

A small cannon device that was fired in the backyard of a Gaines Township home by the homeowner blew up Saturday night, spraying metal shrapnel that struck a Hartland man standing nearby. The man, identified by State Police as 26-year-old Evan Thomas Silva, was killed when he was hit in the chest with a piece of shrapnel. He was taken in serious condition to Hurley Medical Center in Flint, where he later died.

Three parked cars and the garage where the baby shower was being held were also struck by shrapnel.

Silva was reportedly standing 10 to 15 feet from the cannon when it exploded and was one of about five people outside the residence at the time, but the only one hit by shrapnel.

State Police say the cannon was designed to emit a big flash, loud noise and smoke. "The homeowner had purchased the cannon at an auction prior to the event and had fired the cannon several times prior."

In recent years, some gender-reveal events — where devices eject confetti, balloons or other colored objects to announce a soon-to-be-born child’s sex — have taken a dangerous turn.

In September, a couple’s plan to reveal their baby’s gender with blue or pink smoke sparked a wildfire that burned thousands of acres in Southern California. And in 2019, a homemade explosive used to reveal a baby’s gender killed 56-year-old Pamela Kreimeyer in Knoxville, Iowa. The device was meant to spray powder but instead blew up like a pipe bomb.

State Police say they will continue to investigate the Gaines Township explosion and send their findings to the Genesee County Prosecutor for review.