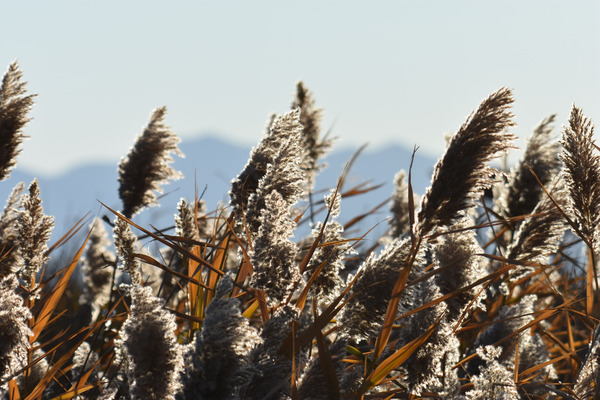 An invasive plant species is growing roots in Hartland Township, prompting officials to explore what can be done to address it.

Township Supervisor Bill Fountain says phragmites are becoming more prevalent in the region, largely near bodies of water, ditches and right of ways. The common reed is native to Michigan, but a non-native variety of phragmites is problematic. As phragmites become settled, the plant tightly intertwines and can rob fish, plants and other wildlife of nutrients. Phragmites can grow up to 15 feet tall with a bundle of seeds at the top, making it easy to spread.

On Tuesday, the Hartland Township Board of Trustees and Livingston Land Conservancy heard a presentation on the plant and ways of treating it to stop its growth and expansion.

The plant is receptive to treatment which is most effective in the form of an aquatic-safe herbicide, however keeping phragmites at bay requires yearly maintenance. That comes at a cost, which may be a difficult expenditure for the township to take on considering it’s been a “tricky budget year”, according to Township Manager James Wickman.

Fountain says the township will look into grant opportunities, but also plans on talking with local homeowner’s associations for residences that are near bodies of water sensitive to the plant’s growth, as there is the possibility of treating it themselves through a permit process.

Fountain says public awareness is key for community members to make them aware of the species and the damage it can cause. Officials say not taking action will allow phragmites to continue to grow and spread; allowing it to eventually take over beloved amenities like the Mill Pond. (DK)