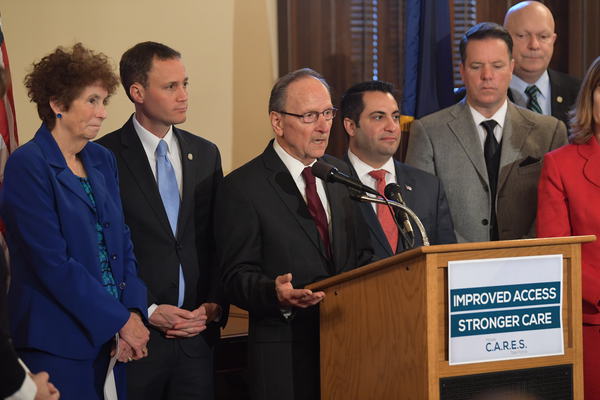 A local lawmaker is reaffirming commitment to mental health care reform across the state.

Republican State Representative Hank Vaupel of Handy Township currently chairs the House Health Policy Committee. He also served as the co-chair of the House CARES or Community, Access, Resources, Education and Safety Task Force in 2017. The group has been leading efforts to improve access and strengthen care for people facing mental health challenges. The task force ultimately issued findings and recommendations in a report and is now working to implement change. Vaupel says it will be ongoing and this is a situation they will probably never totally solve but they are trying to shrink the issues to deal with and trying to help the people involved. Vaupel says mental health is a huge issue that affects everybody, stressing this is not going to be just another report that sits around gathering dust.

Since the task force report was issued, Vaupel says bills reforming mental health services in Michigan have been introduced and are working their way through legislative process this session. Vaupel says there are over 30 bills that have been written and are somewhere in the legislative system- noting quite a few have been passed through the House and are pending in the Senate. Vaupel says at least 23 different areas are addressed in the budget toward reform efforts, with funding appropriated for treatment services and specialty courts they’ve found to be effective but need to be broader based, adding some things are also being done to change sentencing guidelines. Vaupel commented that jail is where the biggest population is treated for mental health issues and that’s probably the worst place to do it, as it’s not really helping people deal with their medical or mental problems. The task force report is attached. (JM)