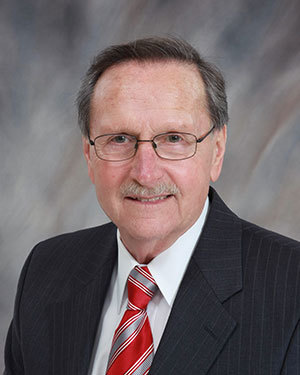 
An update on the COVID-19 situation in Livingston County, auto insurance reform and problems with Michigan’s unemployment system was offered during a virtual event Friday afternoon hosted by a local lawmaker.

As of Friday, it was reported there were 563 total local cases. That includes 421 confirmed cases, 142 probable cases. There have been 84 hospitalizations and 28 deaths – with 438 people who have recovered. Marquez stated that in general, 219 tests are administered daily in Livingston County and the number of positive results has been low at 0.3% - some of the lowest it has been over time. He noted they’re seeing fewer cases in Livingston County, which is in line with much of Michigan, and very few deaths. Marquez added they have a good contract tracing system in place and a good volunteer corps in case they need to increase capacity. There was also said to be plenty of capacity in local hospitals.

Marquez also commented on the number of deaths and cases in nursing homes and long term care facilities - saying testing efforts have really tried to capture that and identify staff members who are a-symptomatic but potentially are infectious. He said they think it to be actually brought in from staff and just the community, which is why the community measures are so important to keep staff safe. Marquez said local nursing homes have done a good job of doing active screening of staff but it’s these a-typical presentations they were really unable to catch. Marquez said they’ve been working with facilities to figure out what to do if residents or staff have symptoms or test positive and how to appropriately cohort them to protect the rest of the residents – adding some have set up COVID units to promptly isolate and protect others but it’s very challenging. Marquez stated there are new testing requirements for long term care facilities and more active surveillance of residents coming in and staff so positive steps are being made moving forward. He added there are more test kits are available and there’s more access to critical PPE for hospitals, long term care facilities and those in the healthcare field.

Director McCormick noted their phones have been ringing off the hook and they’re receiving emails from people who are concerned and want information and the department is available as a resource for residents, businesses and local units of government. She said the department developed a government COVID-19 preparedness plan as required by executive order that was shared with all local units of government to assist as a template in developing their own plans. McCormick said it’s been really busy with local businesses opening or preparing to in some capacity. She said they worked closely with local Chambers of Commerce and developed guidance for libraries, salons, and businesses to have a resource. It was stated the Health Department has also had a lot of interaction with school superintendents who are preparing for a new year and what it might look like. The state is scheduled to release rules June 30th so a lot of dialogue is anticipated over the summer with schools and the department.

One attendee at the virtual session raised concerns and frustrations about Michigan’s Unemployment Insurance Agency. Vaupel said his office has received countless communications and his staff has sent in over 650 of the real critical problem situations where people have been waiting 6 to 8 weeks for a response. Vaupel commented the UIA has been overwhelmed with questions and applicants from the beginning but it doesn’t seem like that much has actually changed since.

Vaupel said depending on the department you talk to – there are 134,000 or 146,000 people who have not been able to get benefits and when they call they either get no response or get hung up on. He said a legislative Committee is looking in to it and has been trying to get figures and facts but it’s very difficult and frustrating. Vaupel said it’s not a small segment of the population and people are getting desperate as many are really struggling. He says people are losing homes or businesses and the legislature is trying extremely hard to come up with at least some answers to try and solve the problem or make it better as people have literally been waiting months for answers but are not getting them.

Vaupel encouraged constituents to contact his office by phone at 517-373-8835 or by email at hankvaupel@house.mi.gov. He said people can also share their COVID-19 related stories on a website that has been set up – www.MIcovidstory.com. That link is provided.