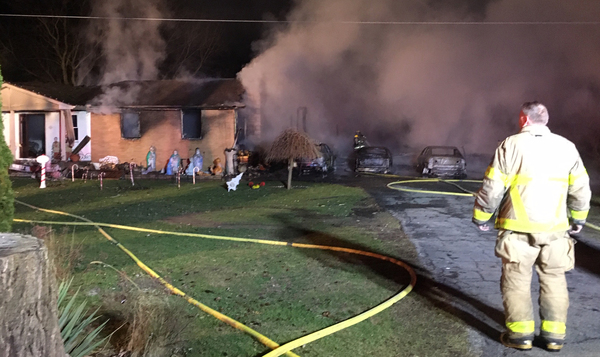 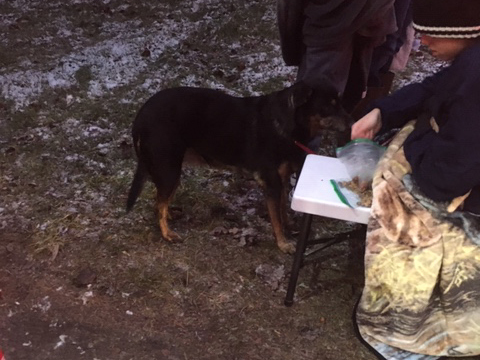 A fire has left a Fowlerville-area family without a home.

Fowlerville Deputy Fire Chief Bob Feig says they were called out to a structure fire call at about 5:10am in the 500 block of Fowlerville Road between Sargent and Mason roads in Handy Township. He says upon arrival, flames had engulfed the home’s garage and were threatening the house itself. Fortunately, the family of six was able to evacuate after being alerted by a passerby. Firefighters took about two hours to completely extinguish the flames, although the house is likely to be considered a total loss.

Assisting Fowlerville at the scene were the Howell and Unadilla fire departments, along with the Northeast Ingham Emergency Service Authority, Livingston County EMS and the Disaster Assistance Response Team, or DART, which also provided assistance to the family's pets (bottom pic). The Putnam Township Fire Department also helped provide coverage.

Chief Feig says there were no injuries and the cause of the fire remains under investigation. (JK)