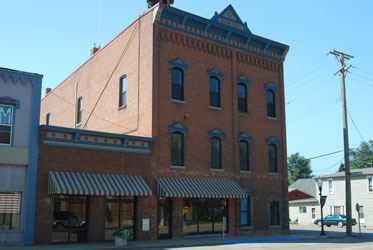 The Handy Township board has adopted the budget for the coming year.

The board met recently and first finalized the amended budget for the 2018/2019 fiscal year. Supervisor Ed Alverson says due to all of the recent wet weather this season, one of their drain projects will probably get carried over into the next fiscal year so by the time auditors come in, they will be operating in the black for the 2018/2019 budget year. Members then adopted the 2019/2020 budget for the upcoming fiscal year, which begins July 1st. Alverson says it will be highlighted by using all of the carry-over money for roads from the 2018/2019 budget and combining that with funds set aside in the 2019/2020 budget. He notes they have a major road project on Owosso Road and Handy Township’s share could be up to $245,000 so that’s the most significant part of the budget. Alverson says they also did some budgeting for the presidential primary in 2020 but other than that, everything else is pretty standard for the township and by the end of next year, they will be operating in the black. Alverson says the biggest challenge like many units of government is keeping up with roads and there is just not enough money in the current budget to take care of all the things that are needed. He says they’re trying to prioritize the highest traffic roads and roads that are paved that could be falling apart – noting Owosso Road gets around 2,000 trips a day and that project is a partnership with Howell Township and the Livingston County Road Commission.

Also included in the budget was a standard 2% salary increase for the supervisor, clerk treasurer and board trustees. It was noted during the meeting that the increase was less than the 2.4% rate of inflation last year and agreed upon during a previous budget workshop. The board also adopted a resolution establishing the operating millage rate for the coming year at point-8651. Alverson says unless an owner had something very unusual happen on a property such as major additions or losses, then the millage rate is basically the same as it was in 2018/2019. Related to the budget, Alverson says they were anticipating more residential growth this year but for Handy Township it’s been pretty slow. He says part of it is the weather but he’s also curious if part of it is the economy and what the price of hosing is getting to be in the area. Alverson says they’ll keep a close eye on it but that would be one of the things that could help the budget if they had more residential construction but it doesn’t appear to be happening this summer.

Meanwhile, the township hall is a three story building and Alverson says parts really haven’t been touched in 30 years so they’re looking at reviewing the budget possibly in January to maybe do some upgrades to bathrooms. He says there are also some outside projects on the building that needed to be completed but they’re pretty minor overall. (JM)