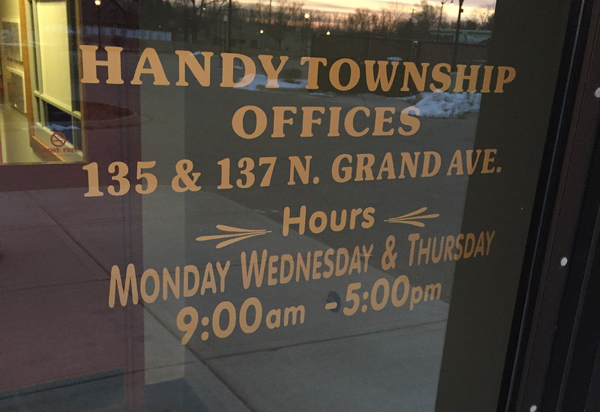 Handy Township is revising its sign ordinance to keep up with changing laws and developments in technology.

The township’s Planning Commission met Wednesday and discussed proposed amendments, deletions and additions to the ordinance that officials say hasn’t been reviewed in a while. The outdated ordinance no longer complies with laws that have changed since it was last assessed. Township Planner John Enos says, “It should be a comprehensive ordinance because signage can get out of hand.”

Township officials are interested in establishing a “reasonable” period of time regulating how long a temporary sign can remain in place and better defining different types of signs, like free vs. ground-standing signs.

It was noted that once the ordinance is revised and adopted, any signs not in compliance are considered non-conforming but won’t be removed because they were placed before changes were made. However signs currently in place can’t expand under the old ordinance and if a sign is destroyed, it must be rebuilt in accordance with the new standards. (DK)