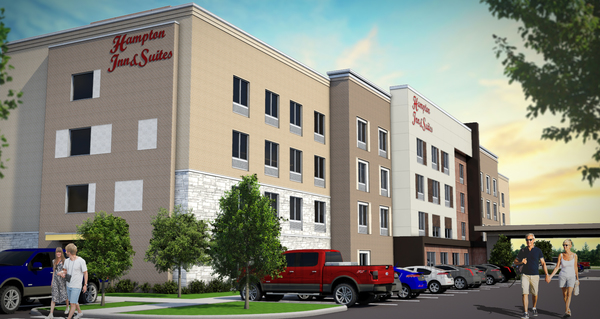 A change in design has been approved for a new hotel coming to Genoa Township.

Several months ago, Genoa Township approved a design for a new Hampton Inn that will be located right off I-96 by the intersection of Grand Oaks Drive and Latson Road. During Monday night’s township meeting, the board approved a request petitioned by the architects of the project; Bowers and Associates, to change the previously approved outside appearance of the building. The change in appearance is sparked by Hampton Inn’s goal in creating a more modern look in all of their hotels.

The new design will now include far less bricks than previously approved which designers hope will bring a more aesthetically pleasing look to the area. Genoa Township’s Planning Commission approved the updated appearance last week and The Township Board of Trustees did the same on Monday night.

Trustee Jim Mortensen said the hotel is a very welcomed addition to the township and he is excited to see the area continue to develop. (DF)