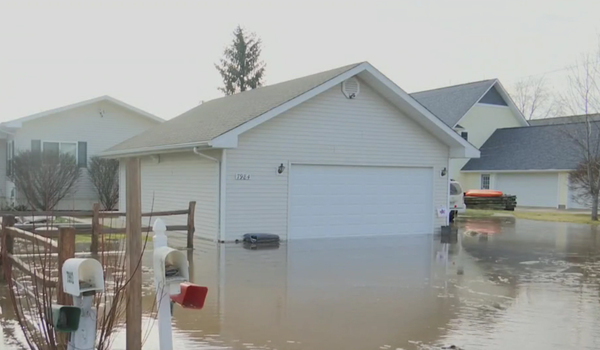 
A flood study is being requested for Hamburg Township.

The township experiences frequent flooding along the Huron River and Ore Lake, which a letter states have resulted in more than $700,000 of municipal and private property losses since 2004. At a recent virtual special meeting, the township board approved authorizing a letter of support for a no-cost study through the U.S. Army Corps of Engineers. It was stated that Green Oak Township is doing the same. Supervisor Pat Hohl reported they’ve been working with Ore Lake residents and held a few meetings with the Corps and the U.S Geological Service. He noted that both Hamburg and Green Oak Township’s spent $40,000 each and the Livingston County Drain Commission contributed $100,000 for a Flood Inundation Study for Ore Lake and the Huron River downstream of Ore Lake to Strawberry Lake that was completed in 2020.

The study, along with the non-structural flood mitigation improvements suggested, were said to be of great value. However, the letter states that to fully understand the parameters contributing to the continued flooding in Ore Lake, the board is requesting the U.S. Army Corps of Engineers conduct an upstream study of the watershed inputs into Ore Lake, including South Ore Creek and the creek and drainage that flow from Dibrova Lake into Ore Lake.

However, Hohl cautioned that it may or may not yield any results in terms of a viable mechanism to hold back some of the water. There is also concern that it might identify a resolution that could cost millions of dollars. Despite that possibility, Hohl looks at it as a process in which they first get the study done so they can at least have factual data about what’s going into Ore Lake and then later decide on possible courses of action. He added that there were some initial calculations done that basically stated to avoid flooding in January of 2019, the township would need another Ore Lake someplace.

The township has worked in collaboration with local residents over the years to improve flow along the Huron River from Ore Lake to Strawberry Lake through the removal of debris and flow restrictions to the maximum extent allowed by the Michigan DNR. The letter states that in spite of efforts that have nearly doubled the river flow during flooding events, the township has experienced 12 significant flood crests since 2004. It says the only recourse to mitigate the continued flooding in the Ore Lake area is through analysis of upstream inputs into Ore Lake.

Pictured is of flooding from January of 2020 - WLNS