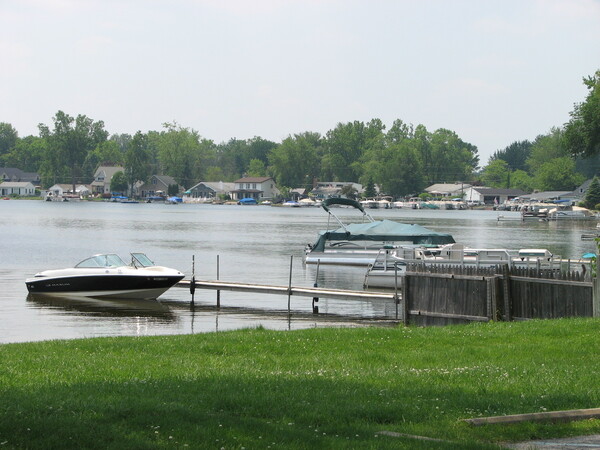 
Hamburg Township is moving forward with creating a focus group to see if there’s any interest among residents who live on some lakes for weed control.

The Huron River Chain of Lakes Improvement SAD for controlling weeds and aquatic invasive species will expire in the summer of 2022. It’s administered by the Washtenaw County Department of Public Works, which will not be renewing the SAD for treatment on Strawberry and Zukey Lakes after the 2022 treatment season. Under Act 185 without petitions, the department will proceed with Portage, little Portage, Tamarack, and Baseline Lakes for treatment.

The board has had many discussions on the topic and talked about the possibility of the township implementing Act 188 citizen-initiated petitions for treatment on Strawberry and Zukey Lakes. At a recent meeting, Supervisor Pat Hohl stated that one of the reasons those two were removed from the project was because there were a lot of dissatisfied people.

Hohl said he feels there are some misconceptions out there that people think if they get out of the SAD they could treat the weeds themselves but pointed out there are a lot of restrictions placed on the treatment by the Department of Interior and the Michigan Department of Environment, Great Lakes and Energy or EGLE when it comes to the use of copper for treatment in Strawberry and Zukey Lakes. Hohl said that’s because it flows into the Huron River and adversely affects the health of the snuffbox mussel. He noted those mussels are in the river between Strawberry and Gallagher Lakes, so there’s an extreme amount of control placed on chemicals to treat the invasive starry stonewort plant.

There’s a tight timeframe and Hohl said he wanted to see if any property owners would want to circulate petitions under Act 188 and collect signatures. If so, then he would do the necessary work on the township end. It was mentioned that Gallagher and Whitewood could potentially be included.

Clerk Mike Dolan commented that he thinks it will be an uphill battle but noted that it is a hot-button topic with people on the lakes.

Trustee Bill Hahn noted there are a significant number of homeowners involved and he felt it would be a major challenge and a lot of work to get to the needed 60% of signed petitions and wasn’t sure it would happen.

The board ultimately approved a motion authorizing Hohl to proceed with putting together a focus group of 15 to 20 people who want to learn the SAD approval process and see if there anyone is willing to do the work once they understand the parameters. Hohl will be gathering the names of potential individuals and said he intends to get going in early January.

Any public information meetings would come later in the process.