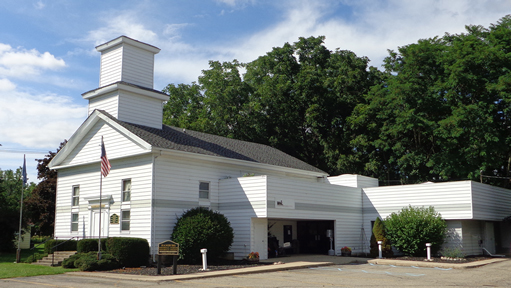 
The new administrator of the local museum delivered her first report of activities to date as the visitor’s attraction has recently reopened its doors.

The Museum, with other cultural institutions, had been closed since the beginning of the pandemic, but recent executive orders have reversed that, allowing for visitors complying with safety regulations like wearing a mask and social distancing. The Hamburg Museum opened with a soft relaunch on August 8th, and is now open from 11am to 3pm on Wednesdays and Saturdays. Patricia Mahjer took over as Administrator in April and shared with the Board of Trustees, this week, her first report. She said they’ve recently tabulated a survey that went out with the tax bill and have learned more about what people would be interested in seeing. Residents on the survey expressed the most interest in exhibits featuring the lakes and river, Native Americans, famous men and women from the area, farming, milling, and the railroads. They hope to have a new exhibit featuring businesses that once called Hamburg Township “home,” with the Livingston County Wildlife and Conservation Club making the first donation.

Mahjer said people also appeared to be willing to pay an admission, recognizing that it while wouldn’t ever be a big money maker, it would be nice to have a steady bit of revenue. She said they have closed the basement treasures shop, but have re-opened the gift shop, which she believes will be more profitable. Mahjer has also applied for a $4,500 grant as part of the CARES Act to help with covering insurance and COVID purchases.

Hamburg Supervisor Pat Hohl said the township entered into a 2-year agreement in January to help subsidize the museum, and they have about 16 months left to make “this thing fly.” It costs about $40,000 a year to operate. He encouraged residents to visit the museum and it’s website. As the 2nd oldest building in Hamburg, Hohl said it is a jewel, but it will need some volunteerism, a little money, and some help.