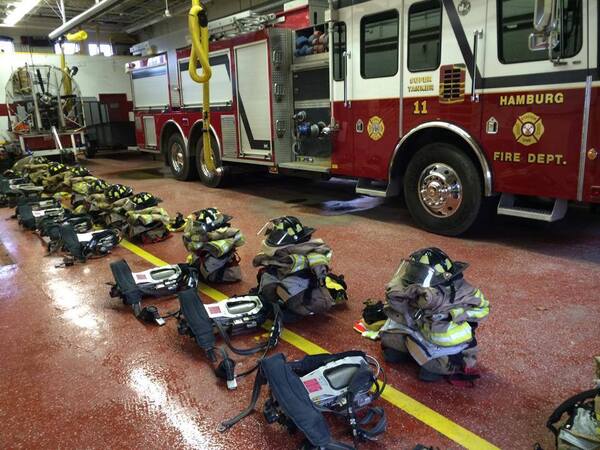 
The Hamburg Board of Trustees made changes to the hiring of part-time firefighters.

It will eliminate the cost to train new firefighters which costs $10,000 and it will reduce the time it takes to train which is about two years for a novice. They are also eliminating the residency requirements which will increase the pool to choose from. They used to staff with volunteers and then paid-on-call firefighters which had to reside here to ensure a quick response.

Director of Public Safety/Chief of Police Richard Duffany talks about the changes to recruiting for the firefighter position. Duffany says they are transformed where there are five full-time firefighter positions and they now have both fire stations being manned with scheduled part-timers. They are no longer paid-on-call. In the past, a call would go out to 40 or 50 firefighters and they would hope five or ten would show up.

Now both stations are staffed, station eleven 24/7 and station 12 will soon be staffed 24/7. But it is staffed 18 hours a day now. He then said they don’t need 50 firefighters on call and that’s one benefit of switching to the part-time scheduled shift because it eliminates the cost of the training for the additional 10 or 20 firefighters.