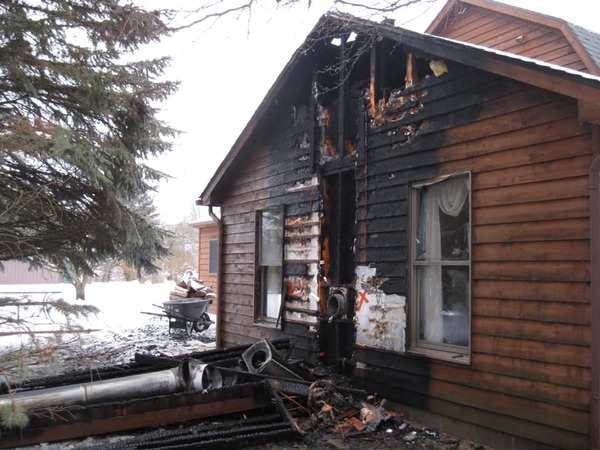 A wood burning fireplace is said to have caused a house fire Wednesday afternoon in Hamburg Township.

The Hamburg Township Fire Department responded to a reported house fire on Heather Lane around 3:30pm and units arrived on scene within three minutes. Fire Chief Nick Miller tells WHMI upon arrival, they found a working chimney fire that had already extended into an exterior wall and into the attic. He says crews had the fire extinguished and under control within the first 15 minutes of the event. Smoke and fire damage resulted in and above the room of origin, with minor smoke damage in other parts of the home.

All occupants were able to exit the home without harm but one firefighter did sustain minor injuries. Miller says the firefighter had fallen because of the slippery conditions on scene. He was evaluated on scene by Livingston County EMS and was treated at Michigan Medicine in Ann Arbor. Miller says the firefighter was back home with his family Wednesday night. Miller says their investigation has determined the fire to be accidental with an origin of the chimney from the wood burning fire place. He noted the owners were hoping to get the area of the fire damage isolated and back into the home within the next day or so. Miller added that when utilizing a wood burning stove or fire place, it’s important to get your flue inspected annually by a reputable company.