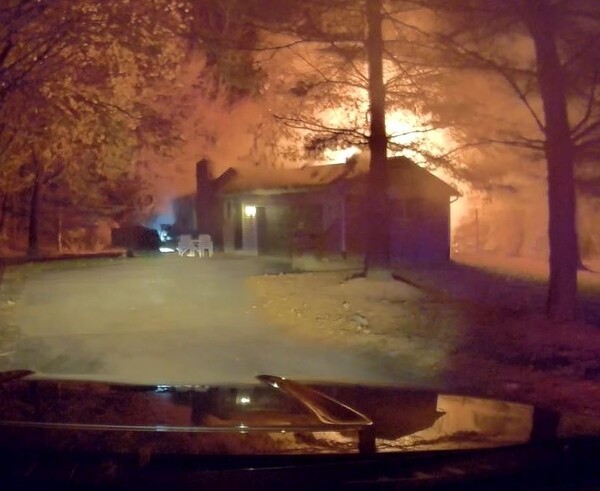 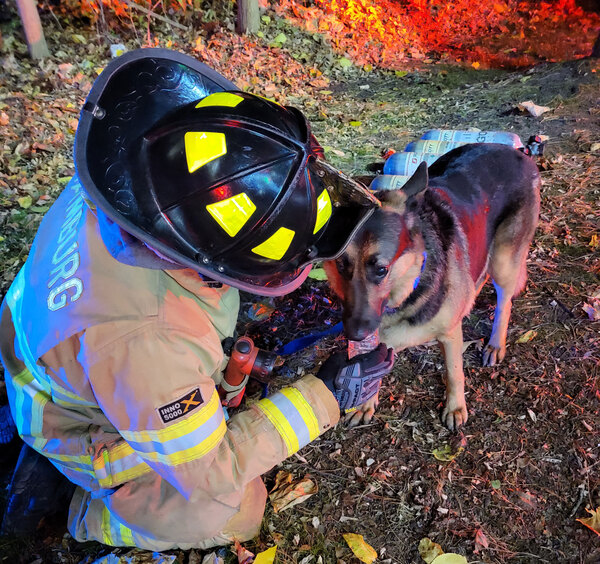 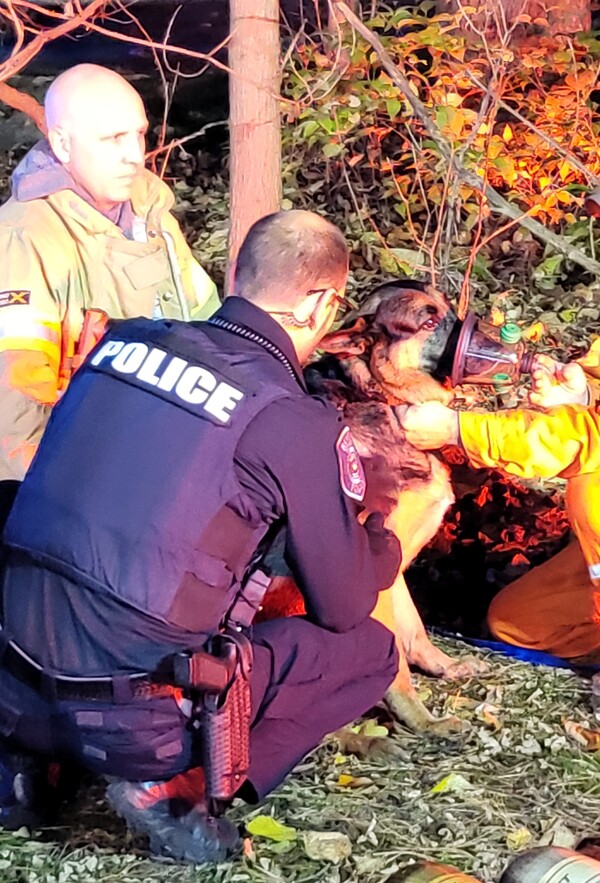 
Two men have been arrested in connection with a home invasion at a fire-damaged home in Hamburg Township where firefighters were able to help save a woman and a dog last week.

A surveillance operation by Hamburg Township police officers resulted in the arrest of two suspects in connection with the break-in of a home recently damaged by fire.

During the early morning hours of November 9th, a residence on Teahen Road near Cowell Road sustained heavy damage caused by a fire at the location. Firefighters were able to rescue a German Shepard named “Mika” that was trapped inside and unresponsive. Oxygen was administered to the dog with the utilization of the department’s canine oxygen (O2) mask and Mika is expected to make a full recovery.

The damage to the home was significant enough that the residents were unable to continue living at the home until repairs could be made.

The following evening, Hamburg Township police officers conducted a surveillance operation on the home due to there having been a series of break-ins at fire-damaged homes within Livingston County and surrounding counties over the past several months - including two break-ins after recent fires in Hamburg Township.

At approximately 10:40pm, an undercover officer observed a black Ford Fiesta circling the area of the home on Teahen Road. The vehicle subsequently pulled into the driveway of the fire-damaged home and two male occupants exited the vehicle. Officers watched as the two males forced entry into the boarded-up home. The male suspects subsequently exited the home and re-entered their vehicle to leave at which time uniformed officers in patrol cars prevented their escape.

Property from the residence and other evidence was located within the vehicle.

The investigation into the previous fire-related home invasions is ongoing.