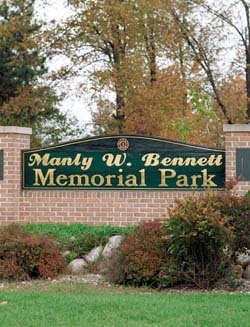 The Pinckney Community School district will now be able to utilize soccer fields at the Manly Bennett West park in Hamburg Township, following approval of a new agreement between the district and municipality.

The district approached the township with the idea after numerous members of the public requested a community-based soccer program that would provide a quality and affordable experience for kids without having to travel to the Brighton area or Green Oak Township. The agreement drew criticism from other residents who cited an exclusivity clause that suggested the district would have priority usage of the fields. H.E.R.O. volunteers suggested that by giving the district priority, they were in jeopardy of losing the use of the fields for shows during the Hamburg Family Fun Fest.

Township Clerk Mike Dolan tells WHMI that an amended version of the agreement will not allow for exclusive use. Dolan says, “There was a section in there that did talk about some level of exclusivity with the school district, which that was never intended on being in there. That was openly discussed previously at Parks and Rec meetings that there was going to be no exclusiveness with the schools. The schools themselves are well aware of this and they themselves have been pretty upset with the misinformation being shared on social media up to this evening.” A previous email from Pinckney Superintendent Rick Todd stated that he was both saddened and disappointed that some are looking to create a sense of divisiveness, especially by sharing false information to get community members upset.

The confusion among opposing residents regarding the district supposedly having priority use stemmed partially from the fact that the original agreement had been posted on the township’s website prior to the Board of Trustees’ Tuesday meeting. Residents expressed frustration that they had not had a chance to see the new agreement before it was voted on and approved. Dolan says as the township was not open on President’s Day and the need for board approval contributed to the amended agreement not being posted on the website. He previously told WHMI for over a year now Hamburg has publicly discussed changing recreation operating policies to streamline and improve youth sports activities. He says any concerns regarding the festival or the Vietnam "Moving Wall" memorial being affected are factually unfounded, noting those dates are already blacked out and saved for those events.

Dolan says the agreement simply allows Pinckney Community Education to advertise and fill youth soccer teams that will utilize the park’s soccer fields. Dolan and Township Supervisor Pat Hohl both noted that youth soccer membership has declined to 30 children from Hamburg Township and that the goal of the agreement is to provide more opportunities by allowing other groups to utilize the fields. The agreement was approved by the board at a Tuesday meeting. The board also approved an amended park use policy, which Dolan says removed reporting requirements and added inclusions to encourage more park use. The new policy has also been updated to reflect ordinance changes, vender liability and ADA compliance. (DK)