Habitat For Humanity To Celebrate New Partner Build In Byron 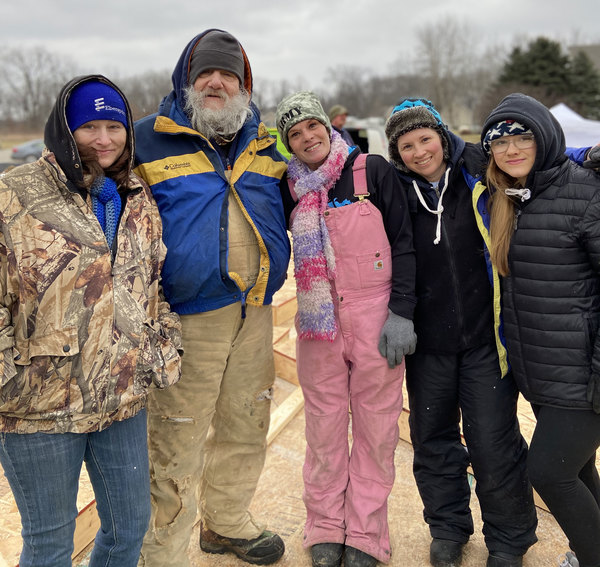 
A community open house is planned to celebrate the completion of another Livingston County Habitat for Humanity build.

The property for the build was donated and the ranch-style home is located at 6682 East Julie Court in Byron. Resource Development Director Ryan Skomial says Lisa is a hardworking single mother of four who has been in the program for a while and everyone is very excited about completion of the build - which she described as a cute four-bedroom, two bathroom ranch style home with a front porch. Skomial says it’s a beautiful home with nice front porch and is very close to where Lisa lives now as she’s from Fowlerville. She says it works great as it’s where Lisa grew up and her home roots are so she’s excited to stay in the area.

The project technically broke ground in May 2019 but the actual build didn’t start until almost January as Habitat was in the process of hiring its current construction director and lining up contractors. Skomial says they had a lot of steam going into the project and actually put up the walls in mid-January during crazy Michigan weather – saying it was hailing and snowing with frigid temperatures but they still had 30 community members come out and help. She tells WHMI the community response to their need was incredible, especially during the winter, and they were able to get the house fully dried-in before the COVID shutdown. She said 2020 has thrown a lot at everybody, especially Habitat being a non-profit, but the community rallied behind them and the house is finally going to be done. After the shutdown, which included Habitat and building operations, Skomial said they didn’t know where things would stand in terms of volunteer support so getting people out safely to help and rally around the project and family to make completing the house a reality has really been something special.

Skomial says Lisa is incredibly appreciative and looking for that fresh start – saying she’s never had her own space or bathroom and is looking forward to her kids having their own bedrooms. Skomial says that’s what Habitat for Humanity is all about - giving families a hand up and fresh start. She says sometime families work as hard as they can but sometimes just need that extra little boost and that’s what Habitat is here for.

Lisa and her family will be moving into their new home November 13th. Skomial says the moving services have been donated, which is yet another example of the community collaboration.

Instead of a large event and blessing that typically takes place, a socially distanced open house is planned instead on Tuesday, November from 6 to 7pm at the home in Byron. A private blessing will be limited to the family and staff beforehand by a local pastor due to COVID-19. Details can be found in the attached flier.