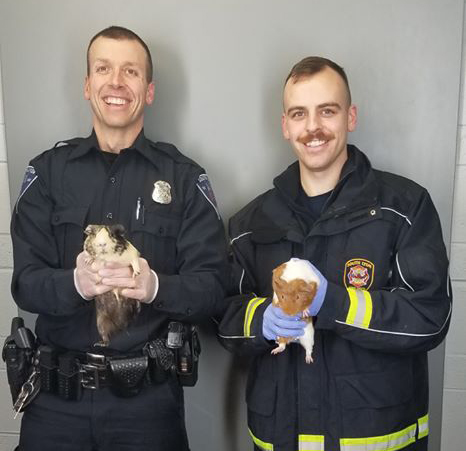 Domesticated rogue rodents on the run in the City of South Lyon have been apprehended by authorities.

According to a Facebook post from the South Lyon Police Department, some unusual wildlife crept into McHattie Park for a free-for-all Friday evening. Responding officers came upon three guinea pigs running loose in the park. The Police and Fire departments teamed up to capture them and, according to police, they were much faster than they look.

The Police Department has posted a picture of two of the guinea pigs on their Facebook page. They are reportedly now known as Phoenix and Buttercup. When residents inquired about the location of guinea pig #3 known as Marshmallow, the Department responded to say that he is alive and well, but is too shy for pictures. All three have been moved to a foster home.

Anyone with information about who the guinea pigs belong to is asked to contact the Police Department by calling (248)437-1773. (DK)