Groups Come Together To Present Van To Prout Family 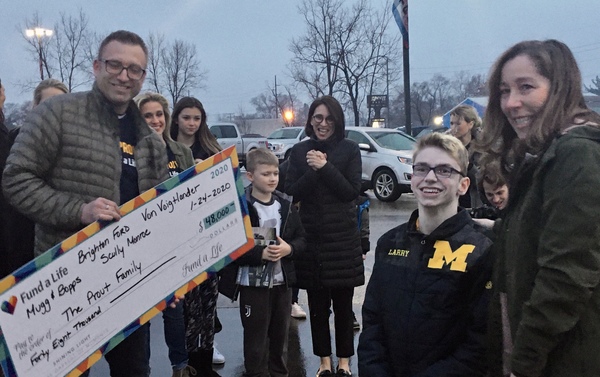 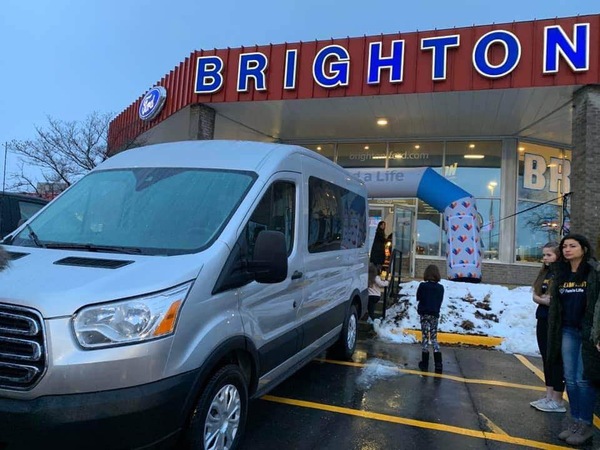 Community members, organizations and businesses worked together to gift a van to a local family that has inspired many.

17-year-old Larry Prout Jr. of Howell, who required extensive surgeries from birth for various medical issues including spina bifida, arrived with his parents Friday at Brighton Ford, where they were greeted by a crowd of supporters. There the Prouts were presented with a transit passenger van.

Brighton Ford contributed two year’s worth of maintenance for the van and an additional $1,500 check. Mugg & Bopps convenience store gave the Prouts a year worth of free gas while the Scully Monroe Agency is providing coverage for the van. The van itself was funded by donations by a Brighton family that wished to remain anonymous and Fund A Life; an area nonprofit that supports individuals facing major life-altering circumstances. Founder Mark Howell says Fund A Life was contacted by the Von Voigtlander Foundation with the understanding that there was a need for a vehicle for the Prout Family in order to transport Larry’s medical equipment. Howell tells WHMI the various groups and community members that made the gift happen were all touched by the strength of the Prout Family.

Larry Jr. says he and his family are incredibly thankful for the gift and those that continue to rally around them. (DK)