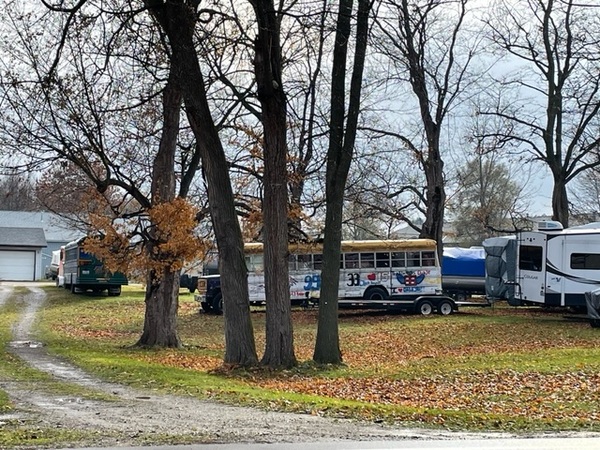 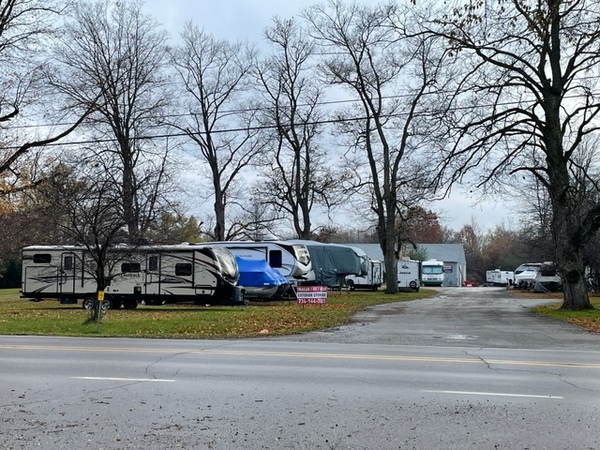 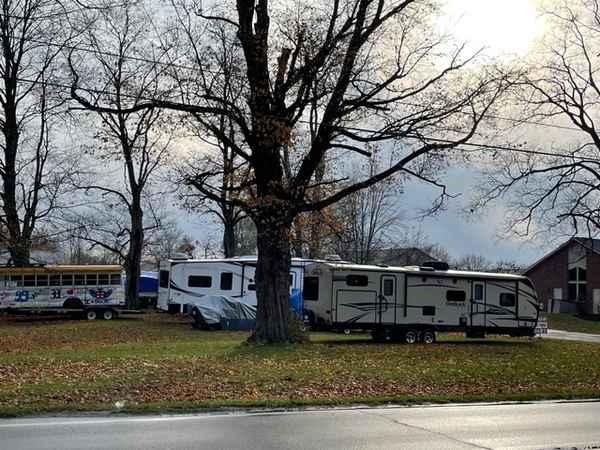 
Plans for an RV storage center in Green Oak Township have been put on hold until the site, in its current state, can be brought into compliance.

Tranquil Woods Storage is a proposed mini-storage facility with outdoor RV storage on a 10-acre parcel off Ten Mile Road, near Rushton Road. There would be seven new buildings, with four of them being single-story mini-storage buildings. A roadside building would be climate-controlled. There are also proposed to be 2 canopy structures and 59 uncovered RV parking spaces around the site.

The owners were before the Green Oak Township Planning Commission, Thursday night, for a Special Use and site plan approval. It never got to that point.

During public comment, several residents spoke up about the site already being an eyesore with dilapidated vehicles inside setbacks in plain sight. Some of the vehicles have graffiti on them, and one bus was noted as having a profane word on it. One resident, Derek Bauer, said the owners have been laughing in their faces for 3 years doing what they please. Several also voiced concerns about light pollution, damage to the existing ecosystem, drainage problems, poor natural screening, and were worried about their property values.

Following public comment, Green Oak Clerk and Board of Trustees liaison Mike Sedlak said he drove to the site earlier in the day and that the owners are clearly and blatantly in violation of current zoning ordinances. Sedlak said that he was appalled and that he sympathizes with the neighbors. He motioned to postpone all approval considerations until the property is brought into compliance.

Resident Dan Retherford said he was pleased with this outcome, telling WHMI, “I think that township took all of our concerns very seriously and we’re very happy with this for now. And again, none of us are opposed to a cooperative interaction between businesses and residential in the community, but this has obviously been ignored for quite some time, the state of that property.

Jennifer Wydra lives near the site and said she, too, appreciates the township listening to its taxpayers and residents and how they postponed any decisions on this proposal.

David Keir said he was thrilled at this outcome, with it being more positive than he was expecting.

The owners declined to comment after the postponement, but Sedlak said following the meeting that they have asked to set up a meeting with the township to start getting things rectified. In the meantime, the clerk promised heavy enforcement on the site to come. He seemed confident that the owners could turn this around into a development that would actually be preferable to many permitted uses for the site under its existing Light Industrial zoning designation. Sedlak said one of the two owners has other RV storage property in Michigan and that he was impressed with the quality.