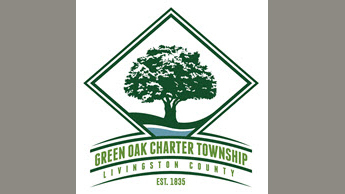 Engineering fees will soon increase for Green Oak Township and, potentially in certain cases, its residents.

The township contracts Civil Engineering Solutions, owned by Leslie Zawada, who recently contacted the municipality with a request for a fee increase. A memo to the township’s Board of Trustees stated that CES has enjoyed working with the municipality’s staff, officials and property owners, noting the upcoming eight year anniversary of the firm’s contract with Green Oak Township. CES’ request is for an hourly rate increase and lump sum review fees for plats and site plans.

The issue was discussed at a board meeting earlier this month and had some officials feeling hesitant to move forward. Several board members were concerned that some of the requested increases are by as much as 50%; with one example being a proposal to increase the current $80 fee for a principal engineer or surveyor to $120. The board and Zawada were also unsure if the contract between the two entities would even allow for an increase mid-contract cycle. In order to answer that question, the board tabled the item and brought it back for consideration at their December 18th meeting.

Zawada told officials she had confirmed that the contract allowed for an increase mid-cycle and said that she sought the increase in order to stay competitive against larger firms. Several board members agreed that the firm’s rates were comparable if not better than nearby competitors.

Zawada, who also provides engineering services to Lyon Township, was asked whether she was seeking an increase from that municipality as well. She said that she would be, also confirming that the rates to date have “always been the same”. The board voted to approve Zawada’s request. Township Supervisor Mark St. Charles previously told WHMI that he doesn’t see how the increase could affect homeowners with the exception of maybe some minor work with sewer issues. (DK)