Green Oak Girls To Be Charged For Throwing Rocks Onto Freeway 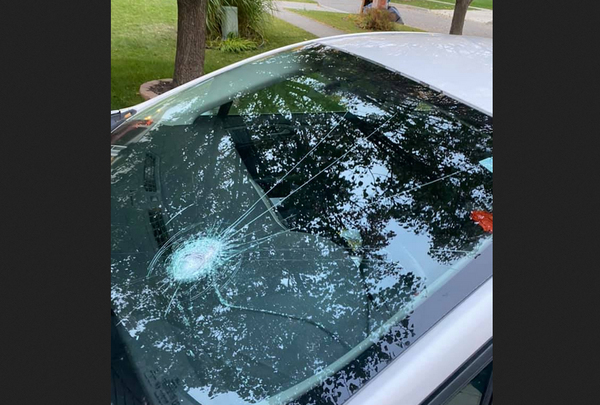 
Charges are expected to be filed against a pair of 12-year-old girls who police say threw rocks onto US-23 near Lee Road.

Green Oak Township Police Chief Jason Pless tells WHMI that the incident occurred on Tuesday just before 6pm. He says the two girls are accused of throwing rocks from the CSX rail overpass north of Lee Road. One car, being driven by a Fenton man, was hit and had its windshield smashed.

The driver, according to WXYZ-TV, was Derrick Bagwell, a father of three who says he was driving northbound on US-23 at about 65 mph when the rock struck his windshield. He says his glasses protected his eyes from the debris. Bagwell called 911 after pulling into the Michigan Department of Transportation location located near US-23 and I-96. Chief Pless says they will be seeking charges through the Livingston County Prosecutor and the Juvenile Court.

This is the second incident with a Livingston County connection involving debris being thrown from an overpass. 41-year-old David Vincent Garcia of Brighton was charged last week after authorities say he threw a sandbag through the windshield of a car as it drove on I-96 near Old Plank Road. Garcia is due back in court next month for a probable cause conference. The driver of the car he hit, Cynthia Eckley, suffered facial and eyes injuries from the sand, but is recovering.