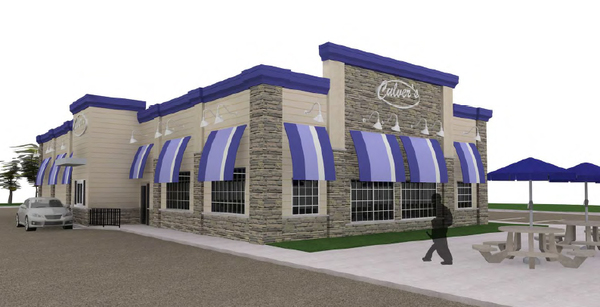 The Planning Commission held a public hearing and site plan review for a Culver’s to be located off of Whitmore Lake Road in Green Oak, between the TGI-Fridays and Olive Garden. An amendment was needed because the original PUD passed in 2003 only allowed for 1 restaurant with a drive-through window, which Wendy’s fulfills. Township Clerk Mike Sedlak said back when the PUD approved, that area was only 2 gas stations, a McDonalds, and whole lot of farmland. Green Oak officials were concerned about the area becoming a “fast food row” like Grand River in Brighton and made the stipulation. The area is very commercialized now, and with Culver’s not relying heavily on drive-through service, the Commission was open to the amendment. A representative for the developer also had a request for extra signage, wanting 4 signs, one on each side of the building. The PUD only allows for 2. The Planning Commission held firm with this, stating equality for the other businesses already in the area adhering to it, who coincidentally, also asked for more signs.

Questions about traffic that another restaurant in the area might produce were also posed. Township Planner Paul Montagno said it was something to consider, but the rest of the PUD is already developed and he didn’t think that Culver’s would add any conflict. Following the review, the Planning Commission passed a motion to have the planner draft a formal recommendation for approval to be passed and sent to the Board of Trustees. (MK)