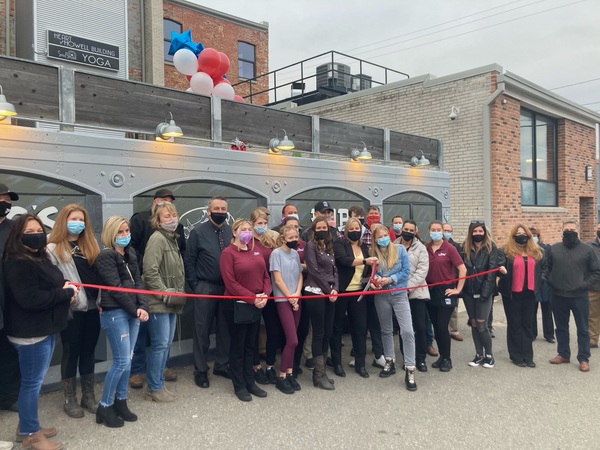 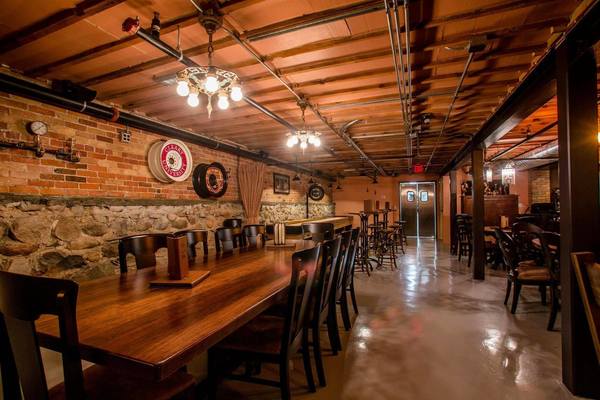 
A popular eatery in Downtown Howell with a speakeasy motif has re-opened.

There was a festive atmosphere at 2Fogs Pub on Wednesday for the grand re-opening and ribbon cutting event. The restaurant and bar, which is now co-owned by Chris Stone, Winifred Dahm and Holly Fletcher, boasts a full lunch, dinner and Sunday brunch menu as well as classic cocktails, martinis and Michigan craft beers. It originally opened in March 2015 in the basement of the Heart of Howell building and had been owned by local businessman and developer Joe Parker.

Stone told WHMI they were approached by Parker and his family about purchasing the popular speakeasy and made an offer that couldn’t be refused. Stone said they’re keeping the old and the new together and changing things up a little bit but not too much and putting their own spin on some things.

Parker’s daughter, Brooke Sredzinski, was part of the original 2 Fogs team and is returning as the front house manager. She said the transformation has been both big and small. The overall menu is the same but Sredzinski said it will be changing as they have a new Executive Chef, Bernard Meinke. She says they’ve been putting out new specials for people to try that might stay on the menu. Sredzinski said the feel and the friendliness are the same and the new owners are amazing so it has been a lot of fun to stick around and ride along with everybody.

General Manager Dan Carter said the restaurant offers something for everyone in that people can come in with their family to get out the house or come out on a weekend date night to wow someone with the drinks, food and atmosphere. Carter said there aren’t many places where people can get such ambiance and atmosphere so it’s a great place to see and experience. Once someone steps through their doors, he says it’s like a trip back in time with a cool, mystic feeling and craft cocktails that are unique to the time period with names like Capone. Carter said they’re all looking forward to getting involved in the community. He says Howell is a great City and they want to be able to make an impact and be part of the community.