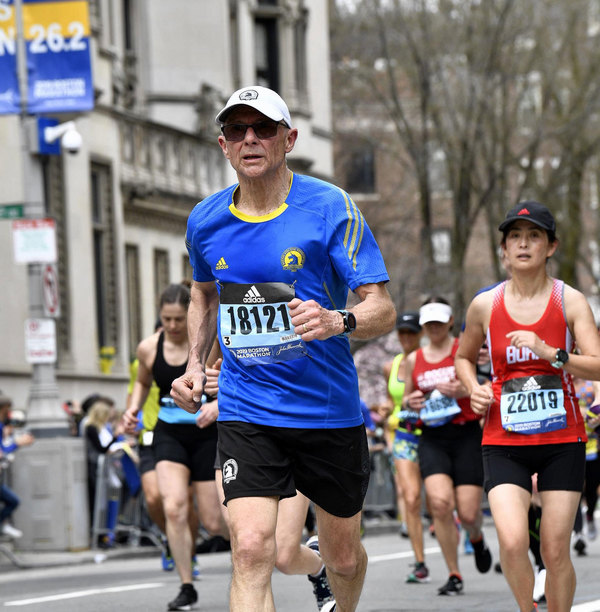 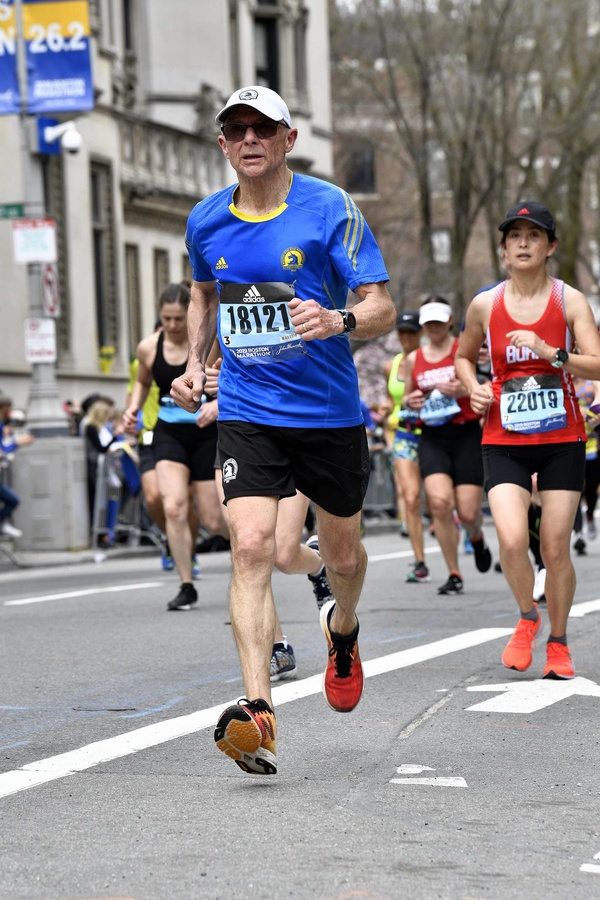 Never give up and never give in. That’s the motto of a local man who survived the Boston Marathon bombings and was later seriously injured while riding his bicycle after being run off the road.

66-year-old Graham Astley has been through quite a lot over the last few years. He was riding his bicycle along Hyne Road near the airport the afternoon of June 13th in 2017 when a black pick-up truck ran him off the road. He doesn’t know exactly what happened and thinks the truck just clipped his arm but the impact sent him flying. He says the driver stopped for a moment but then took off, leaving him on the side of the road bleeding. Astley was lying on his back and remembers how hot the road was, saying two cars in a row just drove around him and didn’t want to get involved but the third car was a nice couple who finally stopped to help. Luckily he was wearing a helmet and related gear but broke his leg and a bone in his foot – a 90-degree break also known as a spiral break. He broke the two main bones in his leg, his tibia & fibula, saying his leg was completely broken sideways. He says it freaked him out when he saw it but was in shock and surprisingly didn’t have much pain. He underwent surgeries and ended up with a titanium bar in his leg and a lot of screws, and a full foot brace for six weeks.

Astley was used to running between 35 and 40 miles a week and says going from that to nothing was pretty hard to take and he was dying to get back at it. He remembers telling the doctor he would run the Boston Marathon again, although the doctor wasn’t so confident. Astley says it was crazy because you would think the situation would have been insanely painful but it didn’t feel any different than if he had been doing a trail run, tripped and spun - when you just get up, dust yourself off and continue running. He eventually healed and started training again. 11 months later, he completed a marathon in Traverse City last May, followed by two others in Charlevoix and Washington DC. All three qualified him for the Boston Marathon, which he was able to run again this past Monday and completed in 3 hours and 48 minutes. This was his sixth Boston Marathon, having only missed last year because of the accident. He was there on April 15th, 2013 when the bombings happened. Two homemade pressure cooker bombs detonated 14 seconds and 210 yards apart near the finish line of the race, killing three people and injuring several hundred others - including 16 who lost limbs. Astley says the marathon is extremely crowded with people everywhere so he couldn’t see much but was only one block away from where the first bombing took place. He says he felt the percussion on his cheeks from the first but the second bombing was another block further so it wasn’t quite as loud as the first. Regardless, Astley says the when the first bomb went off it was obvious and he knew exactly what it was because nothing could make that big of a noise in that big of a crowd for no reason.

Astley still bikes but does so mainly in parks now. He feels the big problem today is distracted driving, saying everybody has a cell phone in their hand and it only takes a few seconds for something life changing to happen. He says just a bump or nudge from a vehicle traveling 50mph will send a bicyclist flying. Astley says he doesn’t give in and he doesn’t give up - adding if something happens to someone doing something they love, don’t throw in the towel and get back out there. (JM)