Indoor Dining Could Resume In February 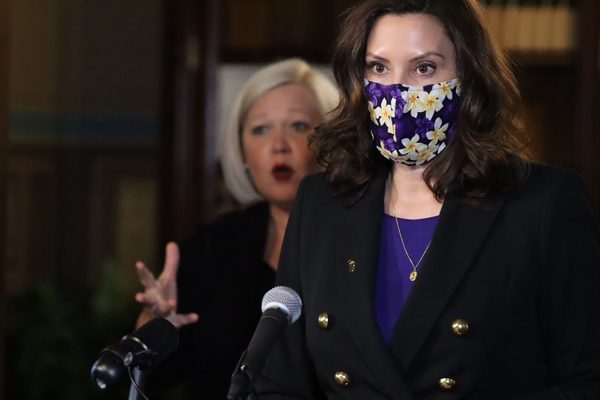 An earlier state order prohibiting indoor dining was set to expire this Friday but an extension was instead announced during a press conference held Wednesday. The Michigan Department of Health and Human Services updated its epidemic order to allow the re-opening of some activities such as indoor group exercise and non-contact sports with masks and social distancing. The new order is effective this Saturday and lasts through the end of the month. The epidemic order continues to temporarily pause indoor dining in bars and restaurants, but they can continue to offer outdoor dining, carry-out and delivery. Whitmer stated that the re-opening would likely require bars and restaurants to abide by strong safety and mitigation measures including mask requirements, capacity limits and a potential curfew.

Whitmer said the factors considered when making decisions are case numbers, test rates and the percentage of hospital beds available. It was noted that that numbers are heading in the right direction but there has been a slight uptick in positivity rates but cases per million have plateaued and more hospital beds are becoming available so the pause implemented by the state is working. Whitmer said if numbers continue to head in the right direction, the hope is to be able to resume indoor dining with strong safety measures in place and plans are being worked on to allow indoor dining with mask requirements, capacity limits and a curfew.

The Governor commented that the restaurant industry around the globe is struggling but that activity is more risky and they’ve tried to provide assistance and other things to help get those businesses through. She said they want the industry to be successful and knows people are frustrated but they want to be able to open safely and not take steps backward. Whitmer stressed the need to promulgate mitigation measures to keep patrons and employees safe and provide a path to be successful. Whitmer said they’re concerned about the variant as the virus has mutated in the United Kingdom and is present in United States – noting there’s a lag between when a test is done and when it’s detected. Whitmer said that’s why vaccination is so important and they’re racing to get vaccines in arms before they see any community spread in Michigan.

Michigan Licensed Beverage Association Executive Director Scott Ellis commented that bars, restaurants and other businesses in the hospitality industry were looking forward to re-opening on January 16th and have been ready for a long time so he hopes the re-opening is done right. He said if requirements are too restrictive, many businesses may choose to remain closed because it just won’t be worth it for them – adding businesses aren’t designed to survive on 25% or 50% of their normal revenue.

One question posed to Whitmer during the press conference referenced some Republicans in the state Legislature threatening to withhold funding or not approve appointments if restaurants are not allowed to open quickly. Whitmer responded to say that was really dangerous and irresponsible and hopes they don’t intend to carry out any threats as they are working to engage that sector of the economy. She said threats from the Legislature around decisions that have to be driven by the health of people is unfortunately something they’ve had to confront throughout the crisis and it’s dangerous when they politicize things so badly.

One local lawmaker who has been critical of Whitmer and actions taken by MDHHS is Republican State Senator Lana Theis of Brighton Township. She issued a press release announcing that she introduced Senate Bill 1 on Wednesday that would create a 28-day limit on emergency orders issued by the Department of Health and Human Services and require any extension of such orders to receive legislative approval before taking effect. She commented that “Unelected and unaccountable DHHS bureaucrats continue to implement freedom-restricting emergency orders that disrupt and threaten the livelihoods of hardworking Michiganders”.

Theis put forth the same legislation last year but it was vetoed by Whitmer, who said the bill would unreasonably place an unscientific and arbitrary time limit on their ability to respond not only to this pandemic but to future health emergencies. The Governor said the “bill would recklessly undermine the ability of the Department of Health and Human Services to stop the spread of this pandemic, putting the lives of countless Michiganders at risk” so therefore she was vetoing it.