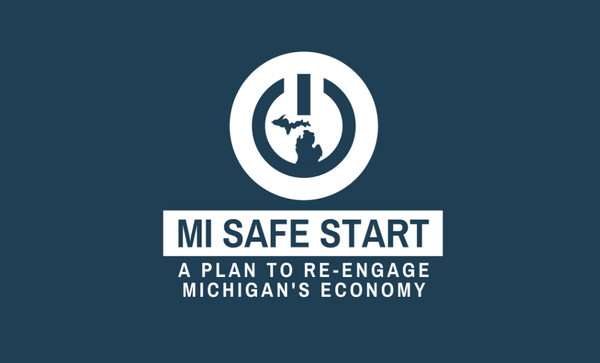 
Despite the efforts of local lawmakers, business organizations and local municipalities, Governor Gretchen Whitmer has denied a request to move Livingston County into a different region under her economic restart plan.

Republican State Representatives Hank Vaupel of Fowlerville and Ann Bollin of Brighton Township have received a response from the Governor denying their May 18th request to make adjustments to the MI Safe Start Plan and remove Livingston County from the nine-county Detroit region. In the letter, the legislators requested that the governor supply data to support the change in grouping Livingston County with the Detroit region, contending that current data does not support it.

The plan aims to safely re-open Michigan by region but Vaupel and Bollin insist Livingston County belongs with the Lansing region, not the Detroit region, and should be on track to fully re-open sooner. Region 1 contains the hardest hit counties of Wayne, Oakland and Macomb, and would likely be the last to re-open. A press release from the lawmakers states that as of June 14th, Livingston County has 404 confirmed cases of the virus, while Wayne County had 21,023, Oakland County had 8,559 and Macomb County had 6,886.

Vaupel said there’s a serious difference between Livingston County’s COVID numbers and those of counties that would traditionally be considered part of metro Detroit. He says the governor is not basing her decision on available data, which he believes proves Livingston County should be on track for reopening much more quickly than the Metro Detroit area. Bollin commented that she’s disappointed that the governor insists that Livingston County belongs in a large metropolitan region. For the first 8 weeks, she says local data was collected and Cares Act money was distributed in a different COVID-19 response region.

After the local lawmakers petitioned the Governor to reclassify the county, others followed suit including area Chambers of Commerce, the Livingston County Convention & Visitor’s Bureau, the County Board of Commissioners and some local municipalities.

State officials say decisions about regional openings are being made in consultation with business leaders and public health experts who assess the number of new cases, hospital capacity, availability of personal protective equipment and the effectiveness of contact tracing.


A link to the MI Safe Start Plan is provided.