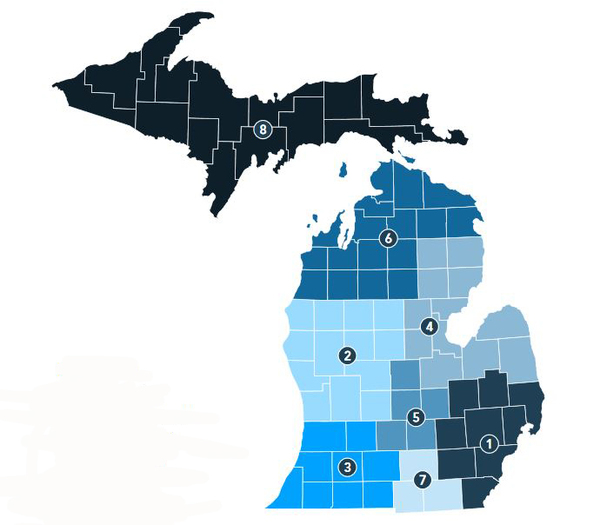 
Local lawmakers have sent a letter to the Governor, requesting that Livingston County be moved to a different region under her economic restart plan.

Republican State Representatives Hank Vaupel of Fowlerville and Ann Bollin of Brighton Township sent a letter to Democratic Governor Gretchen Whitmer on Monday, requesting she consider making what they called, "commonsense adjustments" to the MI Safe Start regions by removing Livingston County from the nine-county Detroit region. The plan aims to safely reopen Michigan by region but Vaupel and Bollin contend that Livingston County belongs with the Lansing region, not the Detroit region, and should be on track to re-open sooner. Livingston County is included in MERC Region 1 but Vaupel and Bollin request it instead be grouped with Region 5.

Bollin said it’s frustrating and confusing, noting the emergency preparedness regions developed by the Michigan Department of Health and Human Services in the past have included Livingston County in the Lansing region. She says Livingston County has not been included in a Detroit region under Michigan Works! Talent districts or Community Mental Health Partnership regions. The letter states that unless the Governor has different data than the information being provided to the public on the state coronavirus website, it would appear the map is not based on scientific facts. If alternate data is being used to form the regions, Vaupel and Bollin asked to be provided a copy.

State officials say decisions about regional openings are being made in consultation with business leaders and public health experts who assess the number of new cases, hospital capacity, availability of personal protective equipment and the effectiveness of contact tracing.

A link to the Governor’s Safe Start Plan and a copy of the letter are provided.