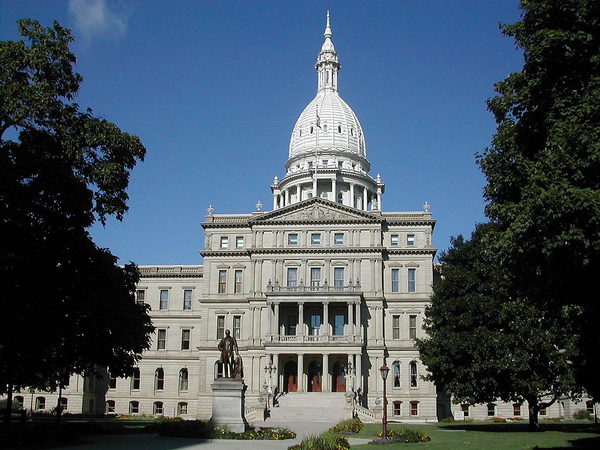 
Michigan GOP legislative leaders called a rare Saturday session to discuss what they claim are voting irregularities in the state's presidential election.

On the same day that Democrat Joe Biden was declared the winner of the election, the Senate and House oversight committees approved a subpoena along party lines seeking documents from the Michigan Department of State. The Detroit News reported that when asked what he would say to the demonstrators who had gathered outside the capitol and falsely claimed the election had been "stolen" from President Donald Trump, Senate Oversight Chairman Ed McBroom, R-Vulcan, said that while there were concerns about the integrity of the process, he hadn’t “seen evidence yet that can be confirmed” that it would be a true statement to say it was stolen, adding that it would be “unwise to say that."

Following the session, State Senator Lana Theis of Brighton Township issued a statement in which she said she had, “heard from many of my constituents asking about possible election fraud. We have a responsibility as legislators to address these concerns and ensure that the process is transparent, honest and ethical.”

However, Democratic lawmakers expressed outrage at the subpoena, contending that without any evidence Republicans were trying to cast doubt on the results of the election, in which Biden won Michigan by more than 146,000 votes, almost 14 times President Trump's 2016 margin of victory. Rep. Cynthia Johnson of Detroit called the GOP moves "crazy” and “nothing more than political theater,” while Rep. Christine Greig, House Minority Leader, said the session was a “partisan spectacle...designed to undermine confidence in our electoral process and disenfranchise voters who legally cast their ballots in record numbers.”

Among those protesting on the Capitol lawn Saturday was Livingston County resident Leslie Baker, who told Michigan Advance that she was there because she does not believe absentee ballots are secure, despite no evidence proving otherwise. “We’re gonna be part of the new resistance. All of us who are Trump supporters, we will never, ever accept that Joe Biden is our president, because, at this point, there’s too much doubt.”