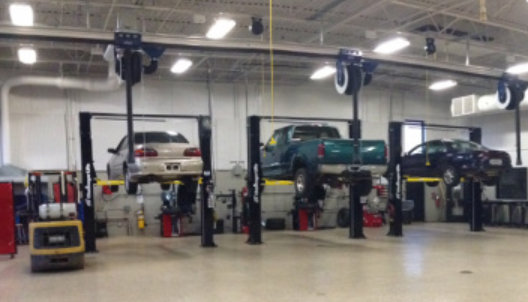 The Brighton Board of Education unanimously accepted the gift of four car engines worth $9,000 for the successful Brighton High School Auto Tech program at its meeting this week.

The donation comes from the General Motors Proving Grounds, located in Milford and Brighton townships. It’s not unusual for auto companies to make donations to the BHS Auto Tech program, which has gone from the brink of extinction several years ago to become one of the most successful such programs in the state.

The program has greatly benefitted from donations by not only GM, but Ford and Toyota as well. Within the past three years the Ford Motor Co. has donated two cars to the program: a 2016 Mustang GT and a 2017 Lincoln Continental, and Toyota has donated thousands of dollars worth of computers and related equipment. At the same time, engineers at the GM Proving Grounds have been donating their talents and expertise as “mentor coaches” to the Auto Tech, engineering CAD (an acronym for “Computer Aided Design”), and Robotics programs.

The Brighton Auto Tech program has won several awards, including from Skills USA, an association which prepares students for careers in trade, technical, and skilled service occupations. Former Brighton Board of Education Trustee John Conely, who with other individuals, fought hard to keep the program when it was in danger of being scrapped, says the reason it has received substantial help from the auto companies is because they have witnessed the significant commitment to the program that the Brighton Area School District has made. (TT)