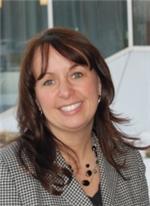 If anyone had told Supt. Greg Gray after he arrived 10 years ago that Brighton would have a fund balance of $6 million in 2019, he says he wouldn’t have believed it. It’s been a huge turnaround for the district, which at one time was $15 million in debt.

In her budgetary report at Monday night’s meeting, Assistant Superintendent for Business and Finance Maria Gistinger told the board that fund equity for the 2018-19 fiscal year ending June 30 will be a healthy $6.1 million. In her projections for the 20-21 fiscal year, Gistinger is forecasting the addition of another $1 million, for a fund balance of $7.1 million by June of 2020. That would approach the elusive 10% goal – her goal of having a fund equity that equates to 10% of the district’s total annual budget.