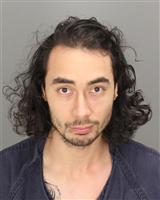 A Milford man who admitted to trying to set a postal truck on fire has entered a plea.

24-year-old Giovanni May was arrested last year after walking into the Milford Police Department in the early morning hours of March 8th and telling officers he tried to set a mail truck on fire using a lighter fluid-soaked sock. After a ten month delay in which May’s competency to stand trial remained in doubt, court records show that he recently entered a guilty plea.

Police say May admitted stuffing the sock into the opening of the truck's gas tank and lighting it just minutes before he turned himself in. It failed to ignite when the sock broke into two and the burning portion fell to the ground. May talked to police about hearing voices in his head and that he wanted to go to jail, saying he had considered setting a police car on fire initially, but chose the postal truck because he hoped it would set off a chain reaction explosion of nearby vehicles. May also said he may have been pushed over the edge by the election of Donald Trump.

After initially being found incompetent, the state’s center for forensic psychiatry determined May could assist with his defense and thus was able to stand trial. His guilty plea followed soon after. He’ll be sentenced February 20th. (JK)