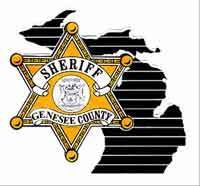 
Two arrests were made in Fenton as part of seven different sting operations tied to child pornography and human trafficking.

Genesee County Sheriff Chris Swanson announced 17 arrests during a press conference held last Friday. The stings were conducted by GHOST or the Genesee Human Oppression Strike Team. The task force within the Genesee County Sheriff’s Office works to apprehend people who attempt to have sexual relations with children. Six undercover sting operations and one rescue mission were conducted throughout Genesee County in March, April and August. In the undercover operations, deputies posed as teens age 13, 14 and 15 and talked to people on social media sites and would eventually set up a time and place to meet for sexual relations.

The Tri-County Times reports one of the sting operations took place at a Fenton hotel when officers arrested a person from Saginaw who set up a meeting with an underage person with alleged plans to have sexual relations. Two arrests were said to have taken place in Fenton last Friday off Silver Lake Parkway. One person arrested was said to be a former police officer and firefighter in Burton. Some of those arrested reportedly brought methamphetamine, cocaine and weapons to the meetings. Sheriff Swanson is expected to release more information on those arrested later today.