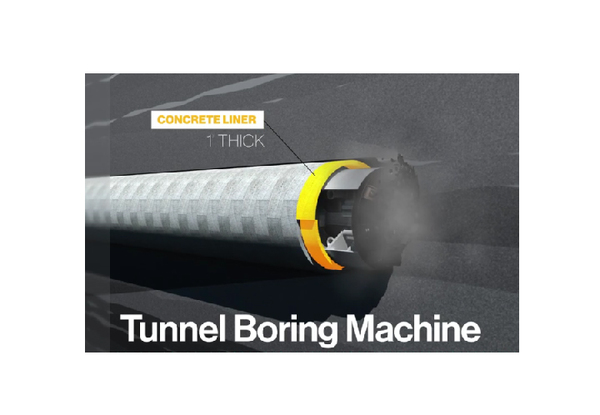 
As a Canadian-based energy company continues its effort to construct a tunnel for its oil pipeline beneath the Straits of Mackinac, environmental advocates argue that the company has not adequately demonstrated it is ready for the task at hand.

Enbridge recently released a new video animation demonstrating the step-by-step process they say they will use to build the tunnel around the Line 5 Pipeline which travels under the stretch of water that connects Lakes Michigan and Huron. The state is holding hearings on Enbridge's permit applications for the project. In the animation, a tunnel boring machine is shown as it digs out the tunnel hundreds of feet below the surface. A facility will be constructed on the south shore of the straits that will receive the rock slurry produced by the tunneling process, which Enbridge says will then be separated, with the water being reused.

However, Mike Wilczynski was a senior geologist for 12 years with the agency overseeing the permit process, now called the Michigan Department of Environment, Great Lakes and Energy. He said he questions the type of slurry planned for tunnel excavation. It includes bentonite clay, a mineral that can stay suspended in water almost forever and sticks to everything it touches. "If it's in a wetland, it's going to coat the vegetation. If it's in the lake, it'll coat the bottom, it'll kill the organisms that live in the lake bottom. It coats fish gills where they can't breathe. And it's hard to recover," Wilczynski said. "They haven't even discussed what would happen if they had an accidental release. How are they going to recover the bentonite slurry?"

Enbridge officials say they are confident that the depth of the tunnel will prevent any harm from coming to the Great Lakes if there were an accidental release, but others aren’t so sure. Geological engineer Brian O'Mara is one of those who reviewed the tunneling plan and says the risk assessment done for the project is inadequate, and that the permit proposal falls short of industry standards.

An Enbridge spokesman told reporters experienced geologists and engineers consulted on the tunnel plan, and the company is confident in its geological analysis. A spokesman for EGLE said the findings will be considered along with other public comments, and noted the state has hired tunneling experts to consult on the proposal.