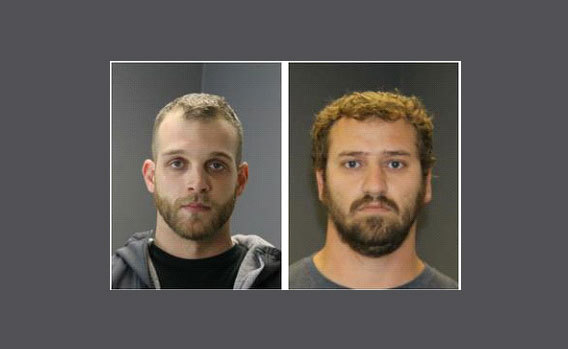 A Stockbridge man and Williamston man charged in an alleged sexual assault case are finally expected to stand trial later this year.

27-year-old Vincent Albert Gentilozzi of Williamston and 33-year-old Jon McClain Martin of Stockbridge were arrested in 2016 after a lengthy investigation by the Ingham County Sheriff's Office. Authorities originally received a report in March of 2015 that a 17-year-old female had been sexually assaulted by two men in Stockbridge Township. Warrants in the case were finally authorized in September of that year and the 1st District Michigan State Police Fugitive Team then apprehended both defendants.

The case has been languishing in Ingham County Circuit Court for a year and a half with various motions, delays and adjournments. But court records show that both men on Wednesday rejected plea deals, sending their case to trial June 11th. Gentilozzi faces three counts of 1st degree criminal sexual conduct with multiple variables while Martin is charged with two counts of the same. Each are also charged with a separate count of furnishing alcohol to a minor. (JK)