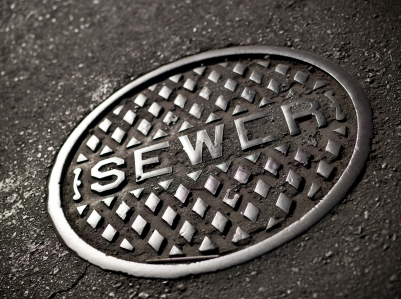 Genoa Township is working to extend water and sewer services to keep up with development demand.

The board met recently and was briefed on different funding options to extend services to properties on Latson Road, south of I-96. Development of the area is said to be “inherently contingent” on municipal services. Staff will be proceeding with zoning text amendments and ordinance changes to plan for the area, which are said to be predicated on how thing go forward with the extension of utilities. A developer approached the township about extending water and sewer services to his property and staff investigated numerous options to accomplish that but also protect the township from any large risk or liability. The extension of water and sewer service was only up for discussion at the meeting and said to still be in the preliminary phase, with staff being commended for all of the time and effort spent so far.

Utilities Director Greg Tatara tells WHMI currently, there are no water or sewer utilities in that area along Latson Road, south of I-96. He says they are currently in the design phase, with funds provided up front from the interested property owner to pay for the design. He says they’ll be having progress meetings but estimates probably another six months of design time before they can look at bids and finalizing costs. Estimates were said to be on the very conservative side and the township has only had serious negotiations with just the one property owner. Only the single property owner would be assessed, who was disclosed at the meeting as Todd Wyett with Verse Real Estate LLC.


Tatara says they want to be careful so that in case the economy goes bad, the township isn’t left holding the bag on the cost of building the water and sewer infrastructure. He says they’re asking the property owner in that area to share half the cost upfront, and then the township would essentially special assess against the properties for the other half to be paid over 20 years, which would allow the project to move forward.

The developer would front 50% cash for the water and sewer project and a special assessment district is being proposed for the remainder of the cost to minimize risk and avoid exposing the township to liability. The owner would pay additional costs as the property is developed, including REU fees.

Meanwhile, the Genoa-Oceola Wastewater Treatment Plant will be undergoing a one year expansion to accommodate existing demands and future needs. The plant is basically at capacity and officials said the plant needed to be expanded regardless of the future potential development. Construction is expected to get underway this June, with completion slated for October 2019. (JM)