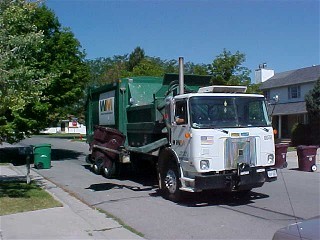 
Genoa Township officials have elected to move to every-week recycling.

It may take up to a month to go into effect, but the Board of Trustees voted in favor of returning to weekly recycling as opposed to the current every-other-week schedule.

Treasurer Robin Hunt said the times are calling for the change. She said she knows it will be tough on the budget, but well worth it, in her opinion. Hunt said things were different when they signed the current contract, but COVID and online shopping have changed the needs of the township.

Trustee Jim Mortensen said they when they changed to every-other-week recycling with the last contract that it created a furor. He said he is of the mind to give people what they want and to make this controversy go away. That controversy came from the overloading of the township’s bins during the holiday season.

This change to a weekly schedule doesn’t come without a cost, however. Residents will see a $12 yearly increase beginning with next December’s tax bills. Township Manager Mike Archinal provided the board with updated subsidizing numbers from the general fund. To cover the gap between the contract and what residents are paying, the township will need to chip in $205,059. That gap could be lessened with rate increases in future years, should the Board choose.

Hunt noted that people who are paying for a second cart may not need it any longer and could potentially save money with Waste Management.

The motion passed 6-1 with Clerk Polly Skolarus voting against it, as she stated, “on behalf of people that have no say in the matter.”

Residents should check the township’s website for more information on when weekly recycling will officially begin.

On a side note, Archinal wants residents be aware that this week’s services may be delayed due to the inclement weather.