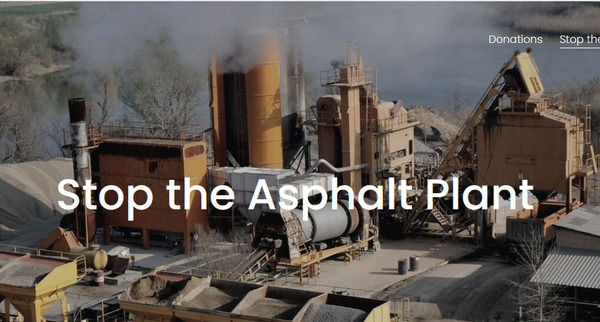 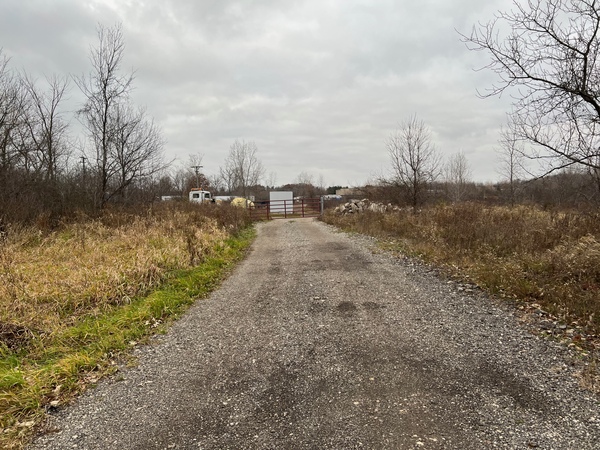 
A proposed asphalt plant in Genoa Township has brought residents and environmental specialists together with a message that their community is not the right space for such a project.

Capital Asphalt is seeking the rezoning of two parcels near Toddiem Drive and Victory Drive from Industrial to a Planned Industrial Development for the plant. Last year they sought to put a plant in Tyrone Township that was met with widespread community resistance. This year in Genoa Township is proving to be no different. The Board of Trustees was already forced to adjourn a December meeting due to audience capacity limits being reached, causing them to seek a larger venue for future discussion on the project. The next potential date for the issue to be discussed would be February 7th.

A group of residents and environmentalists recently met with WHMI to discuss their concerns with the proposed plant and were guests Sunday on WHMI's Viewpoint program. You can hear that interview in its entirety by Clicking Here.

Among them is Suzanne Kowalski, a concerned homeowner in the township who says they all have many concerns, especially related to the negative health and environmental effects. "It isn't something that is meant for our community," she said. "It's going to be disastrous not only for the environment, but it's going to raise a lot of concerns for our health. Not only human beings, but creatures and wildlife alike. As you know, we are a community of many lakes and that would have a disastrous effect on that."

Kowalski is also worried about property values, noting that the developers are proposing 86-foot smokestacks, which would be the first thing people see when traveling into the community, "greeted just right there with that stench."

Dawn Condon is the president of the Homeowners Association (HOA) for the Rolling Ridge development, which is approximately one mile from the proposed site for the plant. She too is concerned about property values, pointing out that they are still rebounding from the downturn over a decade ago, and that their home values can only go down if the quality of life is lessened. "Everybody is up in arms," she said. "We enjoy being outside. We all enjoy our yards...and now that's going to be in question."

Mike Wilczynski is an environmental specialist and geologist who is working with residents. He also worries about nearby wetlands and private wells in the area and the potential for runoff or releases into the groundwater. Wilczynski also believes it will negatively affect nearby hotels and restaurants. "The haul route comes out onto Latson right past where the new Hampton Inn is going in, right across from Ascension Health," says Wilczynski. "This is an area that's developing a very nice commercial district that has some light industry...but putting an asphalt plant there just doesn't fit."

Backing up that position is Craig Leslie, the HOA president for the Crandalls Crooked Lake Heights Civic Association. He's also a former member of the Genoa Township Planning Commission and says the Grand River/Latson Road area is arguably the most important in the township, and it would be compromised by allowing this use in there. "They are very close to Cleary University," he notes, "and with the prevailing winds in our area from the southwest to the northeast, the brand new baseball stadium, which Lake Trust (Credit Union) has their name on, is directly downwind from the proposed plant. So I'm wondering if Cleary University is going to have to offer free masks to everybody that comes to a game there."

Leslie also noted that unlike the effort that was able to successfully turn away the asphalt plant in Tyrone Township last year, this is much further along toward completion as both the township and county planning commissions have approved it. He also notes that the Tyrone Township rezoning request would have skipped over several classifications, essentially taking land zoned for farming or residential uses to heavy industrial use. In the Genoa Township proposal, he says that is not the case. Despite that, however, he believes it is completely out of character for the area and threatens to destabilize an extremely valuable commercial investment that centers on the Grand River/Latson Road area.

Also involved is Sue Kelly from the Sierra Club. She cautions that asphalt plants aren’t as regulated as people believe and that it would behoove the industry to investigate what it can do to be a better neighbor when there is a known need for asphalt, but community after community turn plants away. "It's really a cost of their doing business," says Kelly. "If their business model isn't sustainable in normal communities, they need to be looking at what their doing wrong and maybe work with government officials to tighten up the regulations around that so they're not as objectionable as they are."

The group has created a website with additional information; www.FightForLivingston.com.