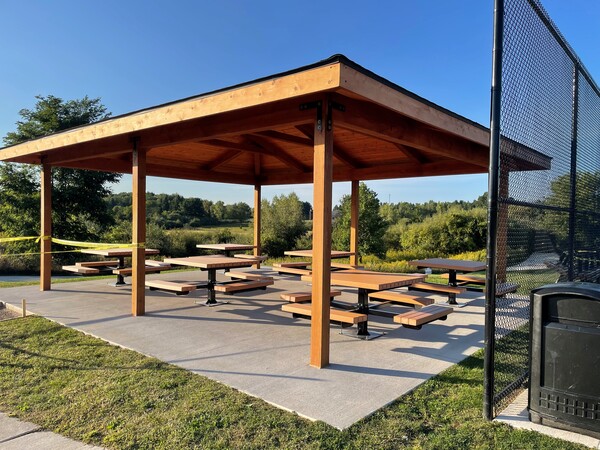 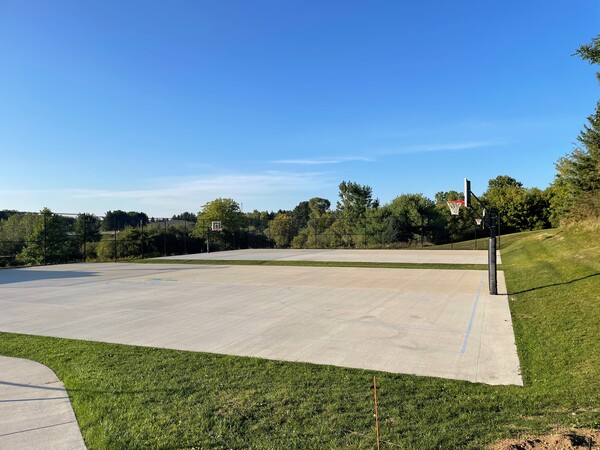 
The Genoa Township Board of Trustees talked about some of the new projects going on right now.

We’re getting a lot of high school kids coming here playing ball and a lot of families. We have people doing Kung Fu classes, and people put their rollerblades on and skate around with their families. This part of the project is providing benches for people to watch or to have a place to set their gym bag down and put their sneakers on.

Archinal also said that they have picnic tables underneath the pavilion that were built to provide additional seating. He also says that there are a number of groups that come here with their camp chairs, and just sit in a circle and have a coffee clutch. This provides them a means to get out of the elements, the sun, and the rain.

It is ADA compliant so it’s built for everybody; and should be wrapping up within a week. The addition of solar panels for future charging stations for electronics such as phones and tablets is still in the works.