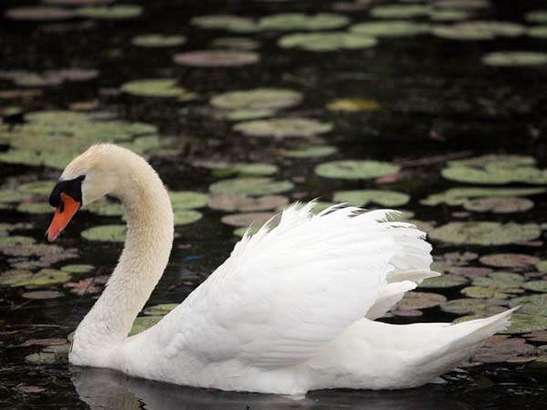 
Residents and property owners on lakes throughout Genoa Township dealing with overabundant, aggressive mute swans now have some remediation options.

The Board of Trustees met Monday night and approved a resolution related to mute swan management and control, which have orange beaks and are considered an invasive species in Michigan. Permits to remove the mute swans and/or their nests and eggs are available through the Michigan Department of Natural Resources to control them on lakes and wetlands using various types of methods. The resolution that was approved is needed in order for property owners, residents, lake associations, and others to petition for a DNR permit for the activities.

Supervisor Bill Rogers tells WHMI they were initially contacted about problems on Crooked Lake, where a swan almost knocked people out of a boat and others have been attacking people near swimming areas. He says the township kept getting calls reporting other incidents and it was decided to move forward with the resolution.

Those on the lake would have to gather 70% of signatures of property owners to petition the DNR directly, which Rogers said they felt was too burdensome. He says the other option was for the township to pass a resolution to assist, which is what the board did. Instead of going lake by lake, Rogers says the resolution is generic and includes any bodies of water.

It has a five-year cycle and would need to be re-approved after that but Rogers said it should at least help out. He noted that other surrounding areas have had to deal with the issue as well and it finally came to a head and became a big enough problem for safety. The township will not bear any costs associated with the programs.