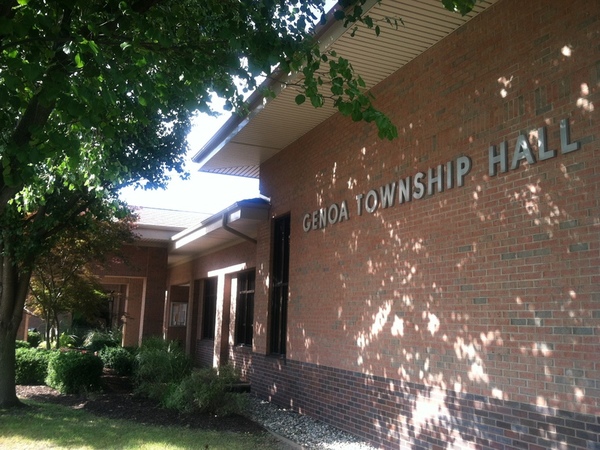 
It’s back to business at the Genoa Township Hall, although a bit different due to the COVID-19 pandemic.

The Board met virtually on Monday night, where an update on business operations at the township was delivered. Supervisor Bill Rogers reported that all employees were back to work Monday, which was rather strange but nice to see everyone in the building instead of on rotating shifts. He said it seemed as though people were appreciative and he also expressed the township’s appreciation for staff working with them during ongoing issues - adding they are now back to full tilt unless they hear something else.

Rogers said the township has PPE and masks available for staff as well as touchless thermometers. He said a small meeting was held with employees prior to opening on Monday. Rogers said sneeze guards have been installed at township hall so masks are not currently being mandated. All staff has also received copies of plans, rules and regulations to be aware of everything to related to COVID-19 to comply with. Rogers said they’re hoping to be able to move to the next phase of re-opening before the next board meeting July 6th. If that happens, then the board will be back to meeting in the board room at the township hall as up to 50 people would be permitted.

Rogers noted that there have also been a lot of people out and about and kids playing at the township hall property off Dorr Road. He commented people have been antsy to get outside and it’s good to see the amenities being used. It was noted that work to install basketball courts on the property is also moving along.

Meanwhile, officials noted that a yard waste pick-up event has been scheduled on Saturday, June 27th at the township hall as the spring events were canceled. Manager Mike Archinal said they’ve received number of requests from residents as many have been stockpiling items so they thought it would be a nice gesture to give them the opportunity to bring stuff in and Advanced Disposal was able to work with the township.