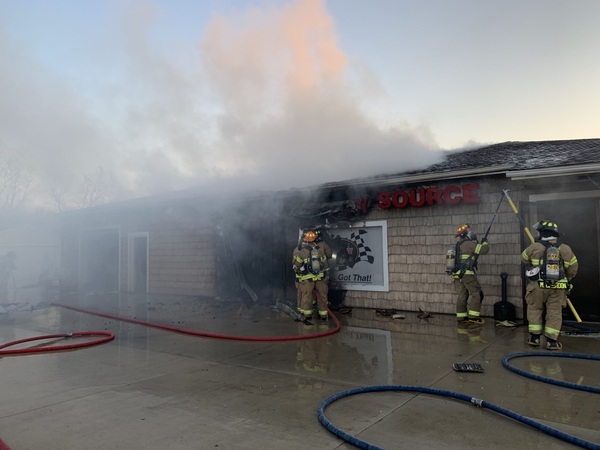 Crews from the Brighton Area Fire Authority responded just before 8pm to Complete Battery Source on Grand River, east of Dorr Road. The blaze reportedly began outside the business, but transferred to the roof.

While the fire was out within about half an hour and no injuries were reported, rumors on social media began to quickly spread that an active shooter had been reported at the scene with several “officers down.” Livingston County Sheriff Mike Murphy said those were completely false.

As for the cause of the fire, Fire Chief Mike O’Brian said that is still under investigation but batteries were not the source. Brighton firefighters were assisted at the scene by the Howell Fire Department and Livingston EMS.