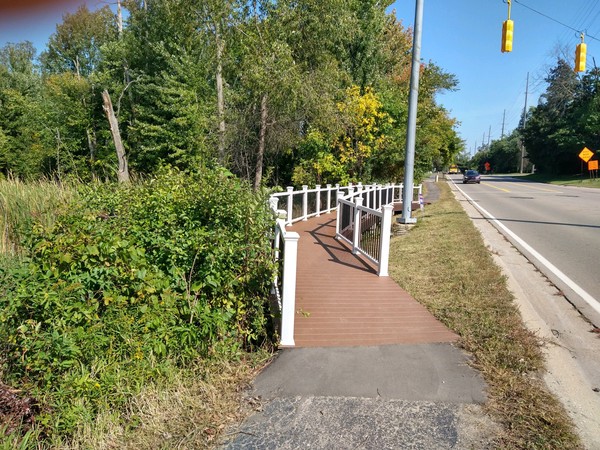 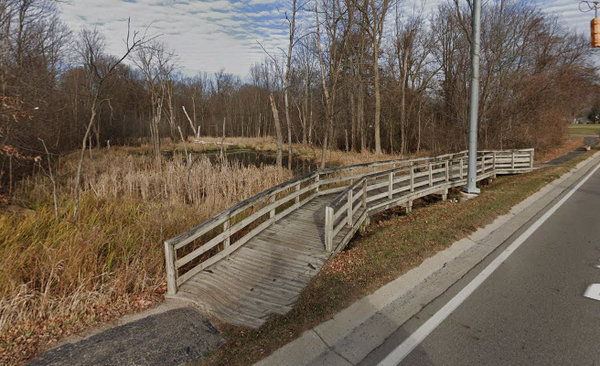 
A beat-up boardwalk has been repaired in Genoa Township.

The boardwalk is essentially right across the street from Brighton High School, which is over 20 years old. The asphalt approaches were earlier replaced on both sides but the horizontal deck boards were said to be in really bad shape.

It was decided to replace the decking with composite material, which was said to be about the same price as wood now. That material is not as susceptible to the elements and doesn’t need to continually be treated like wood.

An update was provided at last week’s board meeting and the boardwalk was said to be much improved.

Supervisor Bill Rogers told WHMI the new boardwalk is pretty well-addressed. He said the new composite decking is down, which should last longer. Rogers says it should be in better shape than the wood that was there, which held up for a long time. He said the boardwalk was due for a facelift and they wanted to make sure the components and structure were safe. Rogers said they also added an aluminum rail, which not only dresses it up but he thinks makes it sturdier and long-lasting.

As for parts in the construction industry from 20 years ago compared to today, Rogers says there’s a lot of really neat stuff that lasts longer and looks better – which is where they’re headed to makes sure there are safe walkways. He says the township’s objective is to upgrade and move to materials that require less maintenance for different projects.