Basketball Courts To Be Installed At Genoa Park 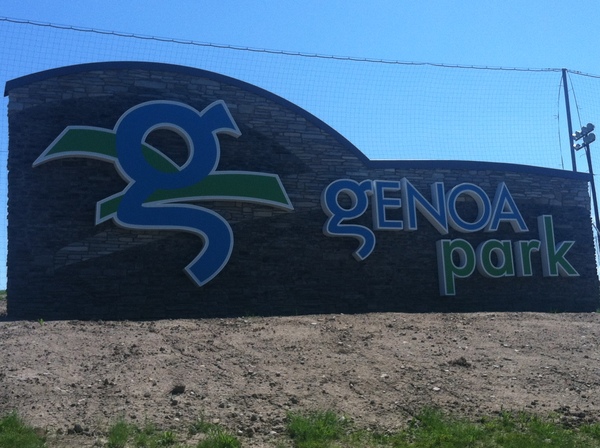 Two basketball courts will be installed at Genoa Park.

The two basketball courts will be the newest addition at the park on the township hall property off Dorr Road. The township board met recently and approved contracts for the installation of the two courts, land balancing, concrete installation, hoop installation and line painting at a cost of approximately $105,767. Some board members commented that it’s exciting and has been a long time coming, noting a lot of hard work went into this project. The township had some trouble getting quotes as well as contractors willing to take on the project.

Supervisor Bill Rogers says they started the process about two years ago but getting quotes or people willing to do the job wasn’t very easy. He noted the industry is extremely busy right now so the township project wasn’t necessarily going to become a priority or if it was a priority, the numbers simply didn’t work. Rogers tells WHMI he thinks they finally have everything worked out and San Marino Excavating stepping up.

Rogers says they will have the courts installed, which is very encouraging. He says right now they’re putting in two courts but will see how that plays out as one might end up being converted to tennis or pickle ball or something that’s portable. Rogers says they’re trying to work that out but for anyone that has watched activity on the snow hill or fields on the township property, he expects a lot of people will stop by and play some ball.

All of the engineering work for the project has been completed. Work is weather dependent but will get started as soon as possible and as the contractor’s schedule allows.